Across Arcadia kettles boil slowly to the sound of Betjeman's church bells, cats and dogs raise their eyebrows to the heavens, and cups of tea laced liberally with Quartermaster's Port are raised to all those souls who visited us at The Social Christmas Market over the past month.  On the Heath and on high roofs everywhere trumpets sound for all those who stalled out and to our most splendid hosts at The Social and Caught by the River in particular to Mr. Carl Gosling, Mr. Jeff Barrett, Mr. Andrew Walsh, Mr. Robin Turner and their loyal crew in charge of the taps: Mr. Tim, Miss Bonna, Mr. Jake, Miss Augusta, Mr. Aaron, Mr. Dan not to forget Miss Nina & Miss Felix who fed the thousand ably with meat pies.  The Social Christmas Market will set sail for bluer skies again next year and in the meantime the wood panelled taproom re-opens to quench your thirst and fill your belly on the 27th December and in the New Year.  Andrews of Arcadia meets The Social Uptown - A Takeaway Exhibition of Vintage Angling Ephemera & Occasional Artworks For the Soul continues on the walls and in the alcoves of The Social into January. 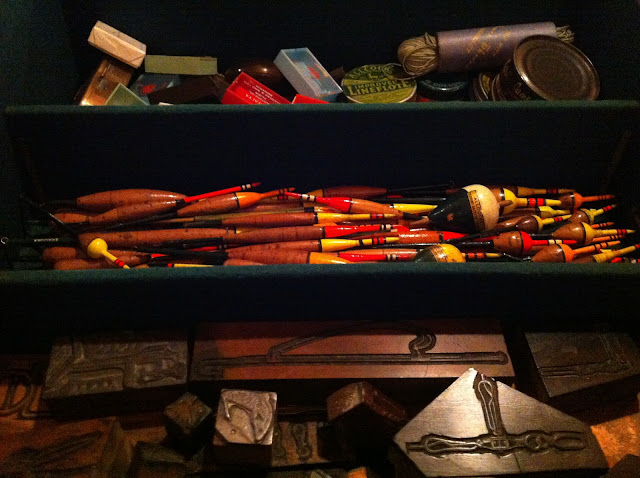