'Quite Well Tied in Wormwood Scrubs'

For immediate sale 'Under the Counter, Madam' a quantity of Tackle Lists published between 1987 and 1990 by the late Jamie Maxtone Graham widely recognised as the godfather of antique and vintage fishing tackle dealing and collecting.  Includes the chance to have bought in 1987 'a unique collection of 18 fully dressed named salmon flies, unused and boxed, quite well tied in Wormwood Scrubs jail by Douglas Gordon Goody, one of the Great Train Robbers (1963) who was convicted in 1964 and sentenced to 30 years'. 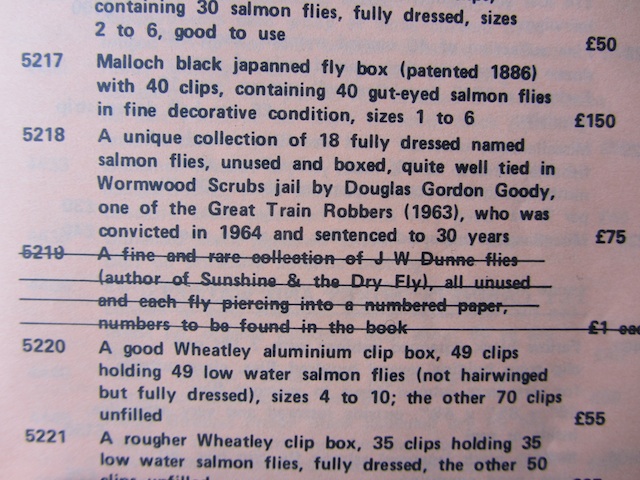 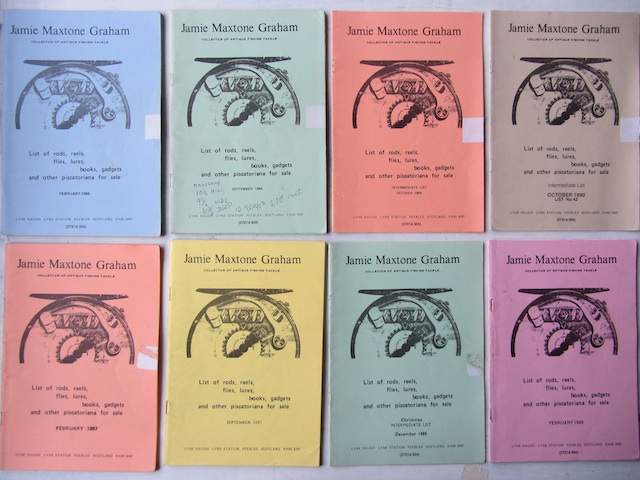