Once upon a time in Arcadia, namely in February in the year of our Lord and other curses 1958 before we ever had it so good ladies and gentlemen were invited to a stand at Site 107 in the National Hall to witness the marriage between Economy, High Protein and Complete Nutrition in the form of Chorbo Dog Food, made in vats at an address in Rifle Street in Poplar in the district of London known as E.14.

In Arcadia the period we are now experiencing shall forthwith be known as the Chorbo Years when many are forced to eat a diet that blends Economy, High Protein and Complete Nurition.  In honour of this and of course with the blessing of the Terriers of Arcadia you are invited to brighten your lives by visiting my stall at Spitalfields Antiques Market in Commercial Street in the district of London known as E.1 where on Thursdays only between the hours of 8am and 3pm I sell Vintage Fishing Tackle for the Soul and perpetuate the crossover between East End Dog Food Manufacturers and the Post-War Fishing Years. 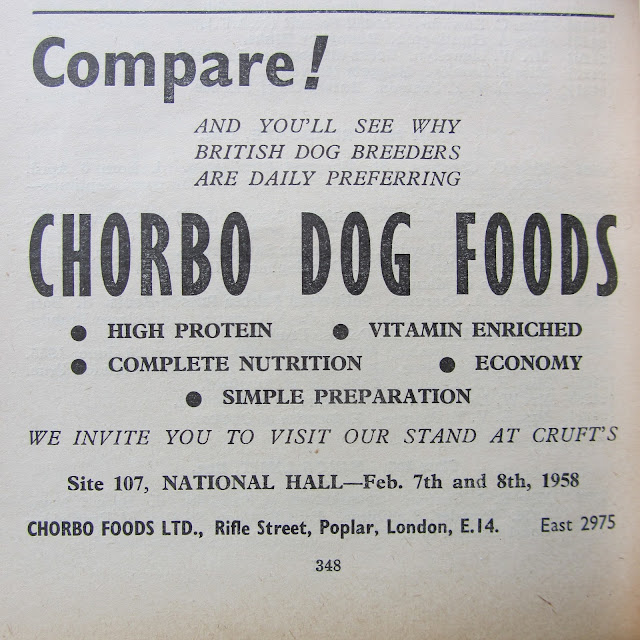 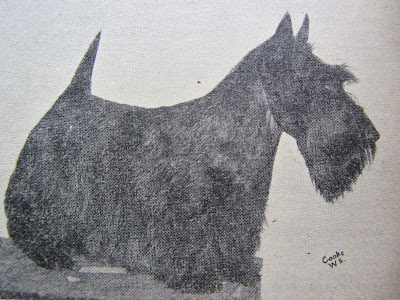