Once upon a time in Arcadia, ladies and gentlemen in need of 'Food Stores for their Yachts' could obtain such from Fortnum & Mason of Piccadilly by getting their butler to telephone Regent 8040.  Such was the reputation of 'Fortnums' in supplying excellent food that they even advertised stores for those who were intent on spending part of their summer fishing for Tunny, sixty miles off the coast of Scarborough on the Dogger Bank.

Should you be a lady or a gentlemen abroad on the streets of London en route to Fortnums (which continues to trade today) to make arrangements for Food Stores for a forthcoming fishing excursion on the Dogger Bank or elsewhere, you are advised that in the east of the City at Spitalfields Antiques Market on Commercial Street in the district of London known as E.1 on Thursdays only between the hours of 8am and 3pm I buy and sell Vintage Fishing Tackle for the Soul from my stall as I have done for almost a decade.  Over a cup of tea, and a Fortnum's Shortbread Biscuit should you be coming FROM the direction of Piccadilly, I can tell you chapter and verse about much of the history of Tunny fishing in this country during the 1930's and on occasion may even have on the stall examples of the tackle which was typically used by those known as the 'Sunseekers'.   Thank-you. 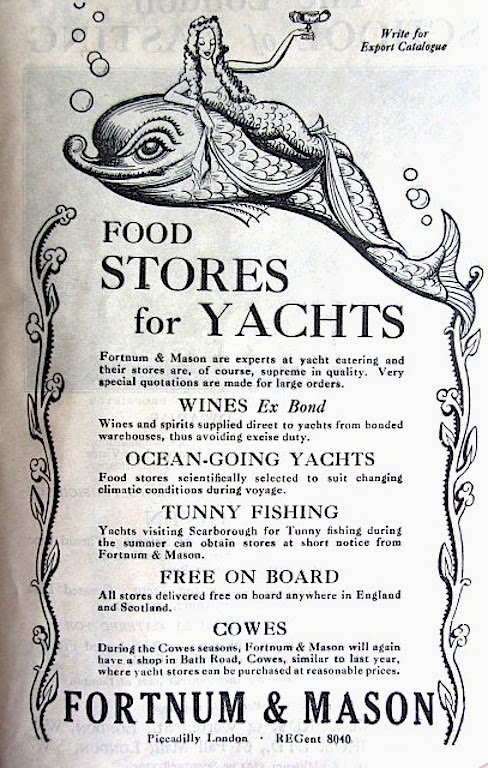