The Face in the Photograph

One of the joys of dealing in Vintage Fishing Tackle for the Soul from my stall in Spitalfields is that moment when another dealer approaches with a carrier bag in their hands and utters the words, 'I have something that you might be interested in.'  Three years ago an ephemera and book dealer whom I've bought from in the past arrived with an archive of photographs that recorded four years in the life of the Hayes and Harlington Angling Society.  In post-war Britain and in particular the bomb site that was London town the Hayes and Harlington were a legendary institution.  Alongside clubs like Lychnobite A.S., Oxford and Cambridge A.S, the Duke of Wellington and Hackney and Kingsland their ranks contained Thamesmen who could find a roach blindfolded in a flood.   Membership was carefully guarded, potential call-ups vetted vigorously and all club occasions over subscribed and riotous.

In 1949-50 the Hayes and Harlington were finalists in the London Angler's Association Challenge Shield, a match fished on the Suffolk Stour in swims it was believed had been poisoned by sheep dip.  For the first time in its 47 year history the L.A.A Shield Final finished in a fishless draw.  The match was rescheduled and fished at Pangbourne on the River Thames where the Oxford and Cambridge won with a catch only a few drams heavier than their opponents.   It mattered not, the Hayes and Harlington had arrived and for the next decade dominated match fishing competition and featured weekly in the pages of the local and angling press.  Their star was a gentleman called Mr. Horsted, their newly appointed captain Mr. Jones and the rest of the team, Mr. Barnes, Mr. Webb, Mr. Calcutt and Mr. Forrest were gentlemen for whom whole pubs would stand in honour, for whom rounds were bought and minds picked and for whom the ladies and the girls dressed to the nines.

Into their midst in 1949 came a young lad called Peter who worked with his family firm of grocers at the Covent Garden Fruit and Veg Market.  He lived in the north of London and having gained membership via a few favours passing hands on the market his Saturday nights evolved into journeys involving five changes of bus and train until he reached Hayes where he would stay on the kitchen floor of the house of a senior member in order to catch the club coach to wherever the outing was the following day.  Peter attended most if not all of the club's fishing matches and club functions in the early 1950's and became an important member of the society.

Three weeks ago a gentleman approached the stall and hung around for an hour or two.  Eventually we brokered a conversation and in time he told me that into his eighties he was looking to sell off part of his collection of fishing tackle.  We corresponded and spoke on the telephone.  We agreed a time and a date for me to call on him and last Friday I stood in the garden of a house on the outskirts of London as we went through his collection.  We talked about the fishing in London and reflected on how it had changed.  I asked him which club he had belonged to.  'Oh,' he said, 'A couple - the Hayes and Harlington, the Lychnobite....I'll go and get my scrapbook'.  Upon opening it a face stared back at me that I had seen somewhere before - in some of the photographs belonging to the archive which I had bought three years ago.  And so, yesterday, at the Post Office on Highgate Road just up from where the tackle shop Fields once stood, where the young Peter used to buy his bait, I posted him an envelope with special contents.  A record of a time in his life he has never seen before, and did not know still existed.  A number of press photographs of him and of his mates in the Hayes and Harlington, a collection of portraits lost and found.  Some appear here, alongside others from his own Scrapbook of the time. 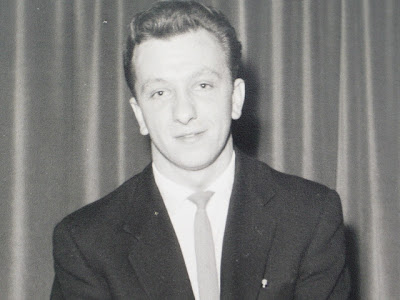 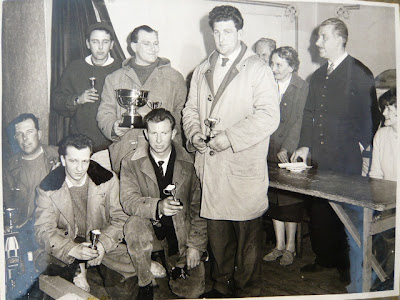 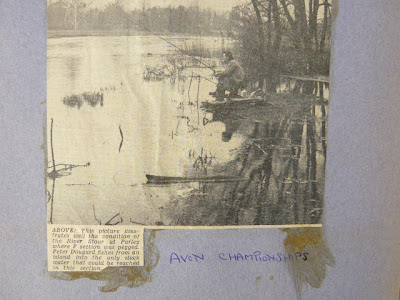 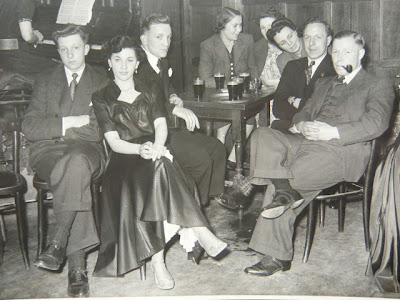 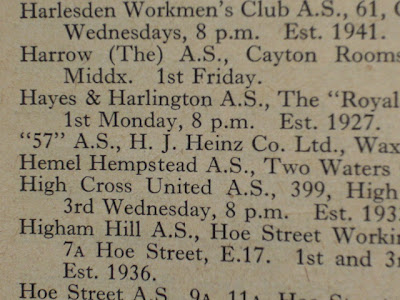 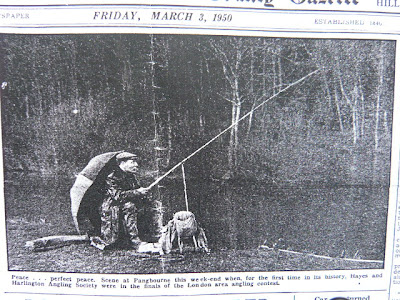 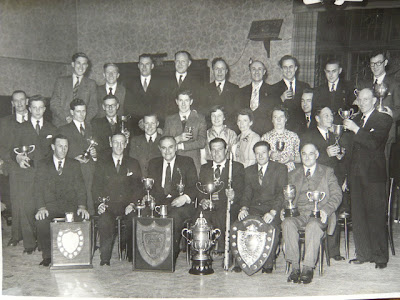