Once upon a time in Arcadia in the century before last, and most notably on a Thursday, in the year known as AD 1884 ladies and gentlemen on a holiday excursion in the port of Plymouth in Devonshire would most certainly have called in at Hearder & Son who were 'General Fishing Tackle Makers to H.M. Government and Exploring Expeditions, H.R.H The Prince of Wales, H.R.H The Duke of Edinburgh, and the leading nobility and gentry of the world'.  If they had found the doors to Hearders closed for any reason eager anglers may also have visited the premises of C. & R. Brooks in Stonehouse, who themselves were not shy of a bit of tackle.

Being the month of August, should you be abroad under the guise of a lady or a gentleman or indeed a member of the nobility or gentry of the world in Plymouth or any other British resort and in need of holiday tackle you are implored to find your nearest tackle maker or to catch a railway train forthwith and visit me at my stall in Spitalfields where every Thursday between the hours of 08:00hrs and 15:30hrs I sell Vintage Fishing Tackle for the Soul.  There you will be welcomed and treated as nobility or gentry regardless of your rank. 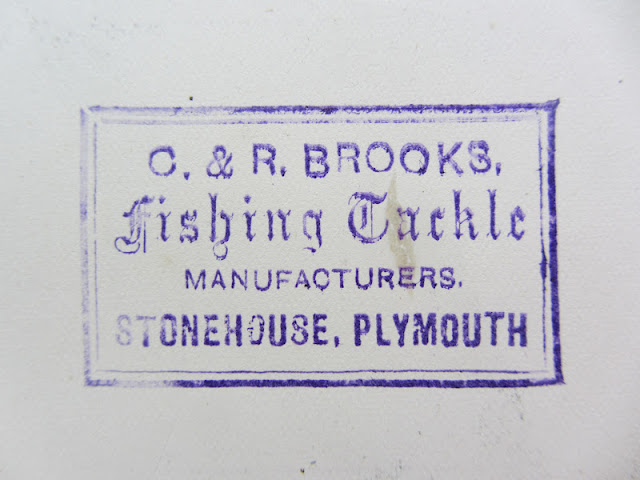