On the Outskirts of Pandemonium grips are being packed and the Dakotas are on the tarmac readying to depart for Branchage Festival which opens on Wednesday.  There - alongside some bass fishing; festival going; auction house & junk shop haunting I will be in conversation with other authors as we read aloud at The Caught by the River Social Club in The Old Courthouse at St. Aubin this coming Friday.   You are encouraged to join us for summer's last hurrah!  Combined ticket and travel packages are available here.  Should your seat or berth be booked already I look forward to your good company over a glass of Branchage Ale. 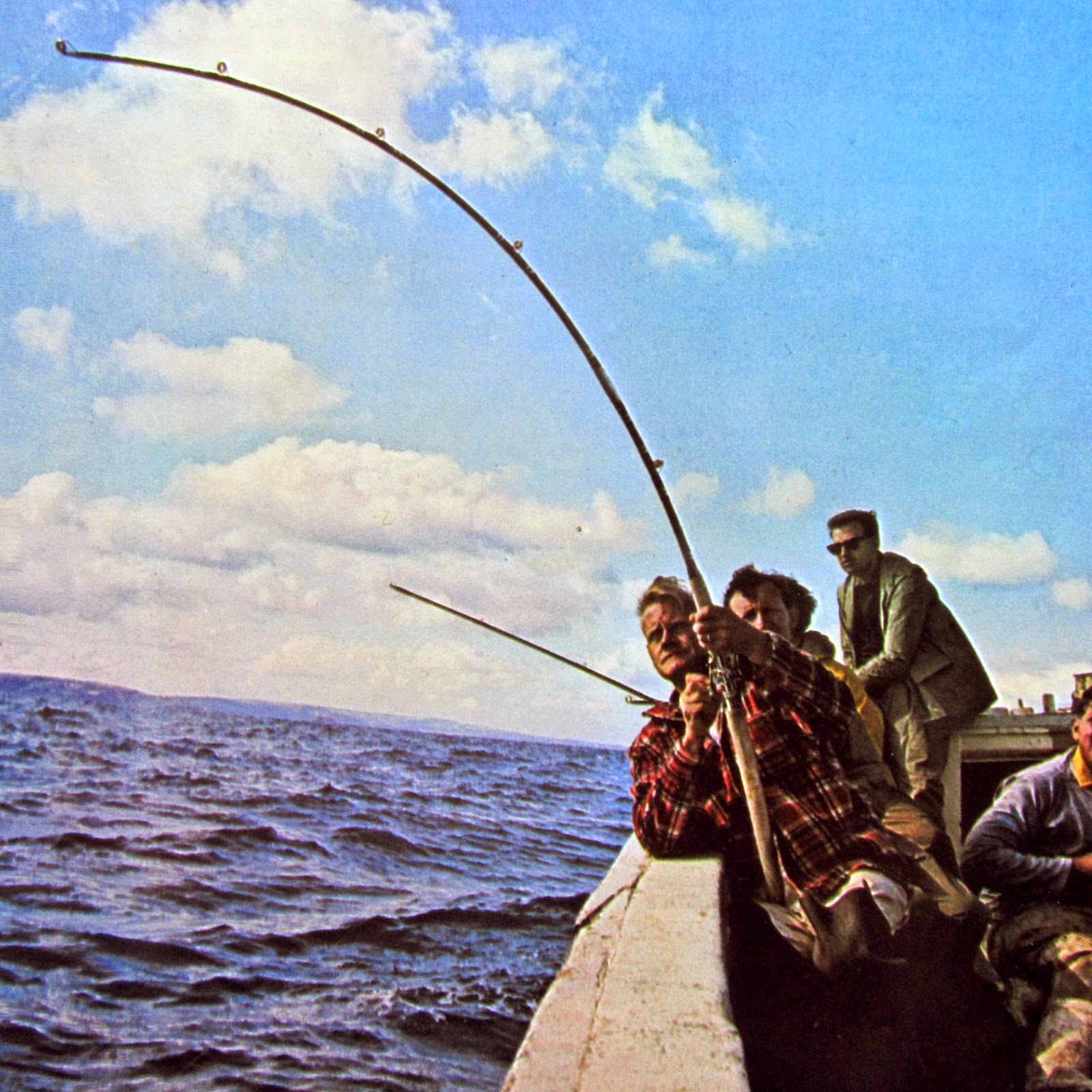 A knock at the door early this morning and the delivery of a parcel wrapped in cardboard containing five copies of Random Spectacular 2 a large format illustrated art book produced by St Jude's of Norwich.  RS2 includes a revival of my collaboration with the artist John Richardson in a pertinent extract from my book 'For All Those Left Behind'.  Random Spectacular 2 has been published to raise funds and awareness for Maggie's Cancer Caring Centres.  Copies of 'RS2' - the last issue of which sold out in less than a day - are available at St. Jude's website. 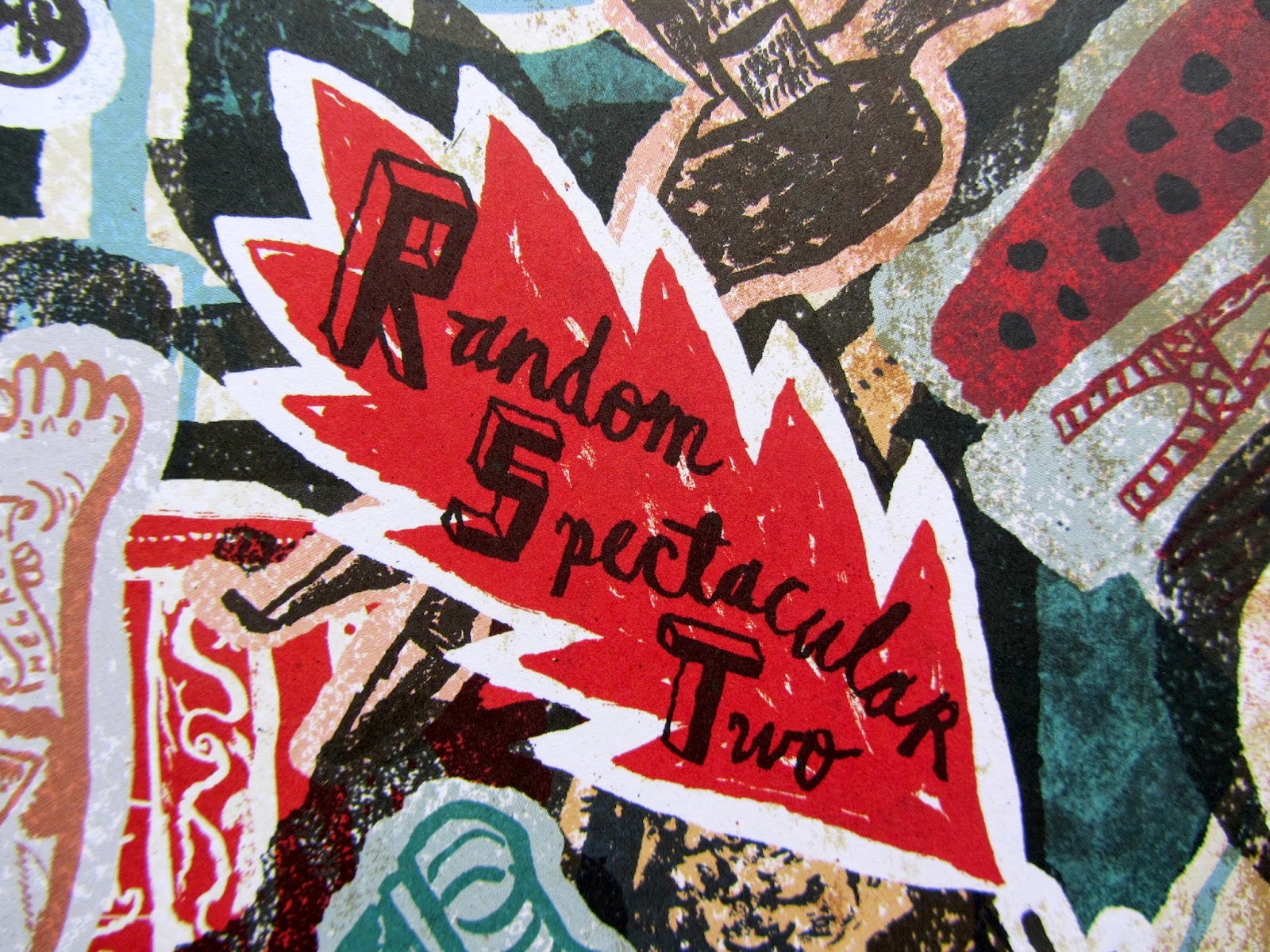 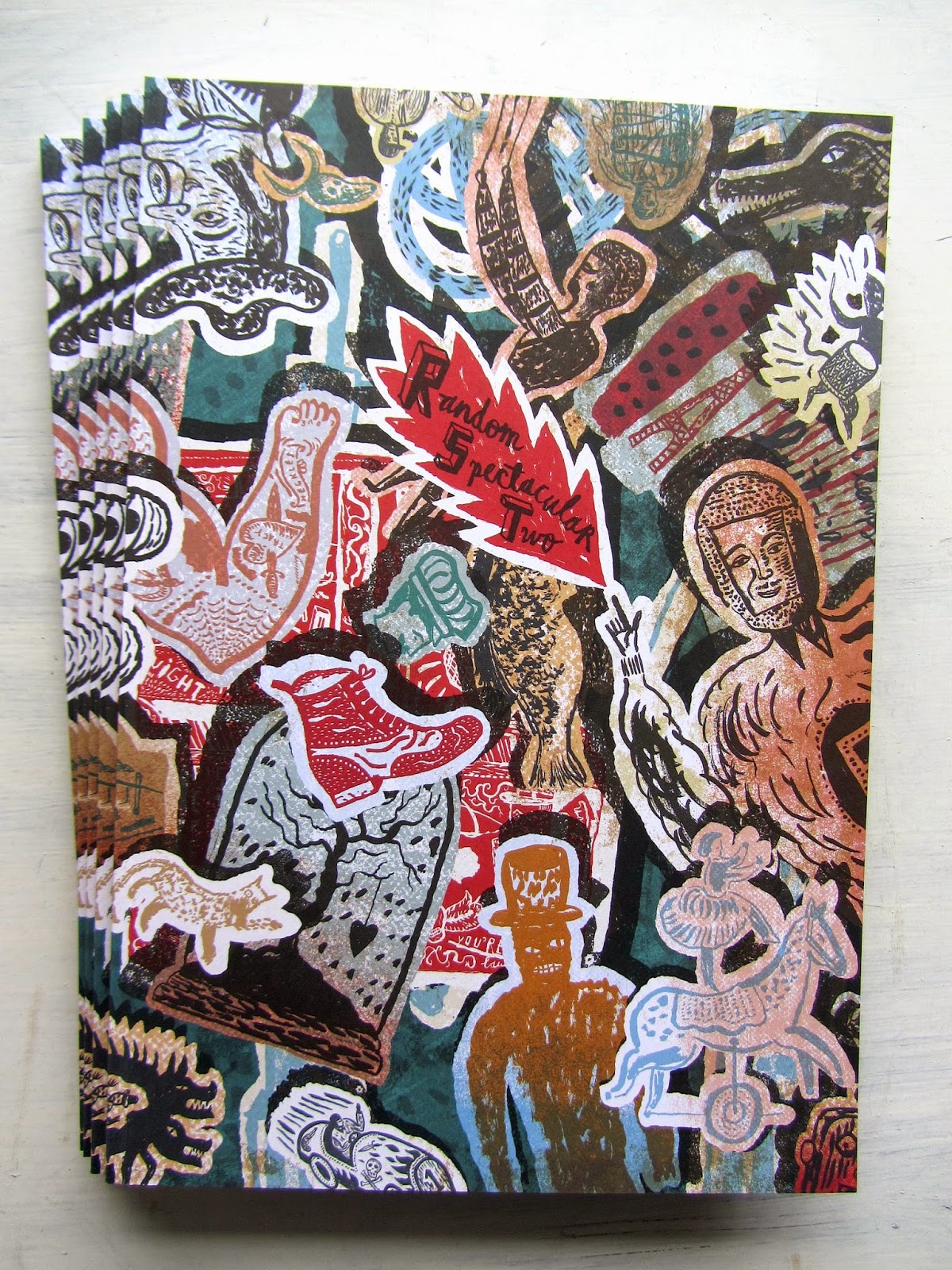 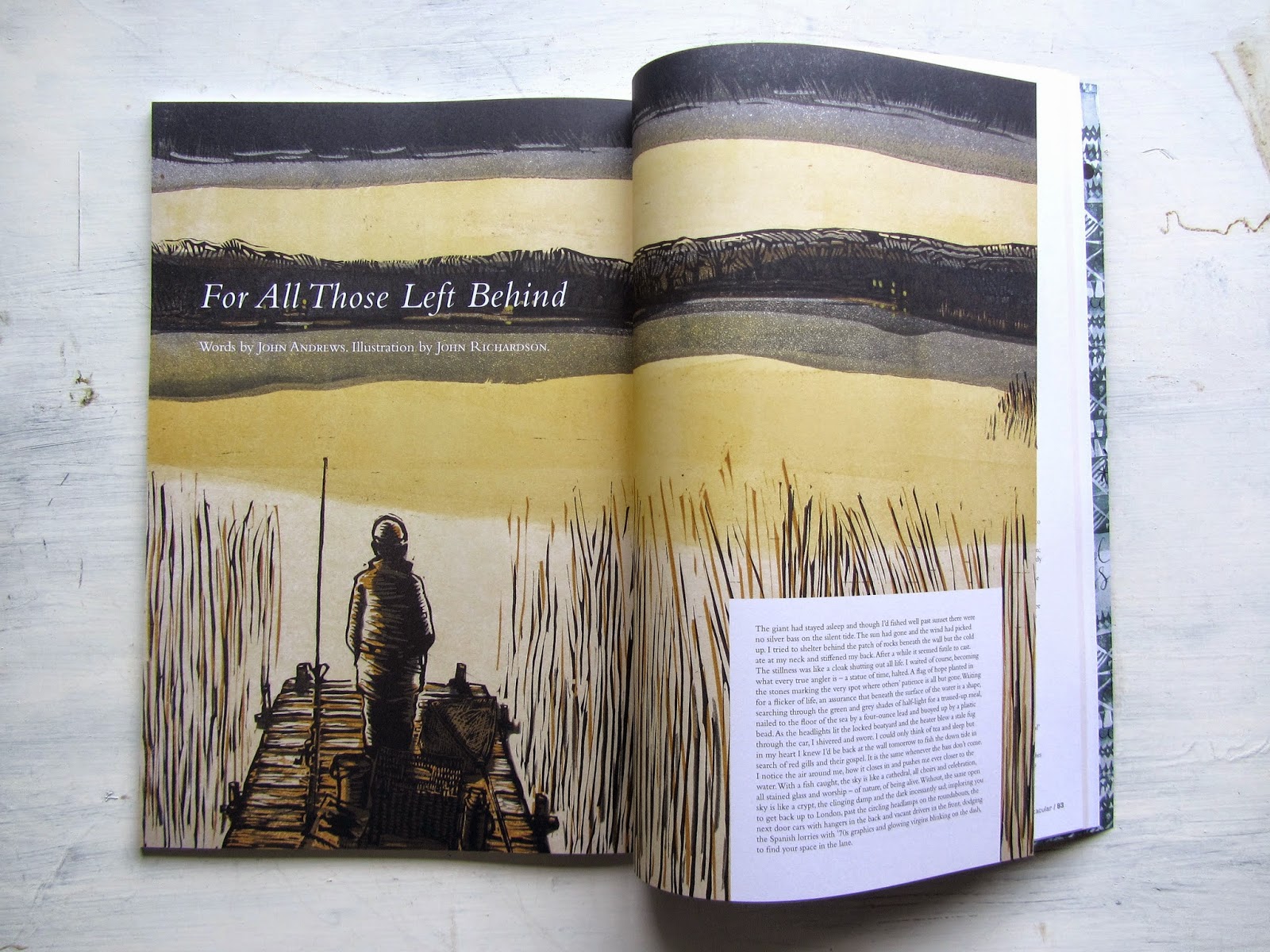 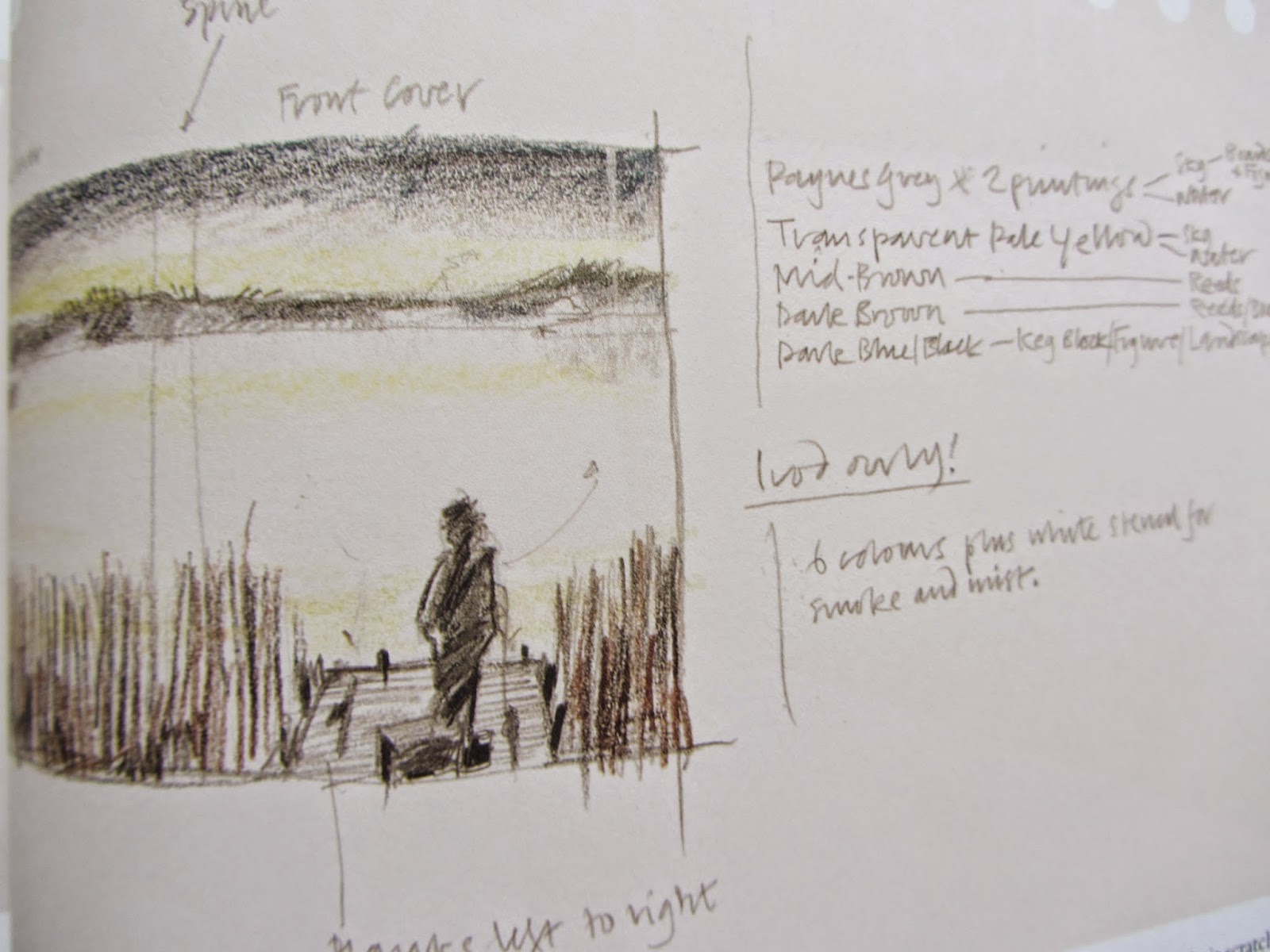 Capt. Fuller of Marlborough in Wiltshire went out in the yacht Fair Lady II on Sunday evening and returned to report he had hooked six tunny all of which had made their escape.  In addition to the loss of the fish Capt. Fuller lost a thousand yards of line and all his tackle.

The first fish took the hook but disappeared under the trawler - the second repeated this whilst the third swam along the bottom of the sea at a tremendous pace with the boatman struggling to row in the opposite direction.  Capt. Fuller did not bring a tunny back but brought a shark.   He says the sharks are so plentiful in the area that they are spoiling the sport of tunny-fishing.  He also reports an amusing incident connected with the capture of the shark..... SHARK SNAPS AT LEG.  Maj. Tilney was helping in the task of dragging the shark into the boat and was endeavouring to kill it with a hammer when the shark snapped at his leg and bit a piece of his trousers!'

The largest tunny of the season - a 730lb fish was caught by an eighteen year old boy (Eton) at the weekend.  A.S.W. Prioleau - fishing from Capt. Fuller's yacht FAIR LADY.  The rod snapped and the boat was towed by the beast during the fight which last 25 minutes.'

Six more tunny were landed at Scarborough this morning.  The heaviest which scaled 635lbs was hooked by Mr. L.W. Parker of Penrith.  The Hon. Mrs. Hermon Hodge of Perth recorded the first success with a tunny which tipped the scales at 691lbs.  These anglers are on the FAIR LADY II as guests of Capt. Fuller.'

On Thursday night last after a most convivial day on the stall the collective known as The Wild Geese met Uptown to attend the Private View of 'The Tunny Club Exhibition' at 14 Old Bond Street.  The exhibition is organised by Tim Wace the great-grandson of the aforementioned Captain Fuller and his good friend Jamie Foale who has used a gilded technique on prints belonging to the Fuller family archive to produce the works that make up the exhibition.  In the photographs below of some of the exhibits - taken roughly on the Field Telephone -  Capt. Fuller is the gentleman sitting in the cane chair to the right and A.S.W 'Jim' Prioleau is the young lad sitting between Vickey Hare and Sybil Hermon Hodge to the left.  Jim Prioleau progressed from landing tunny to flying for 90 Air Squadron during the war.  He was shot down off Klint in Denmark on 20th April 1943 at the age of just 26. 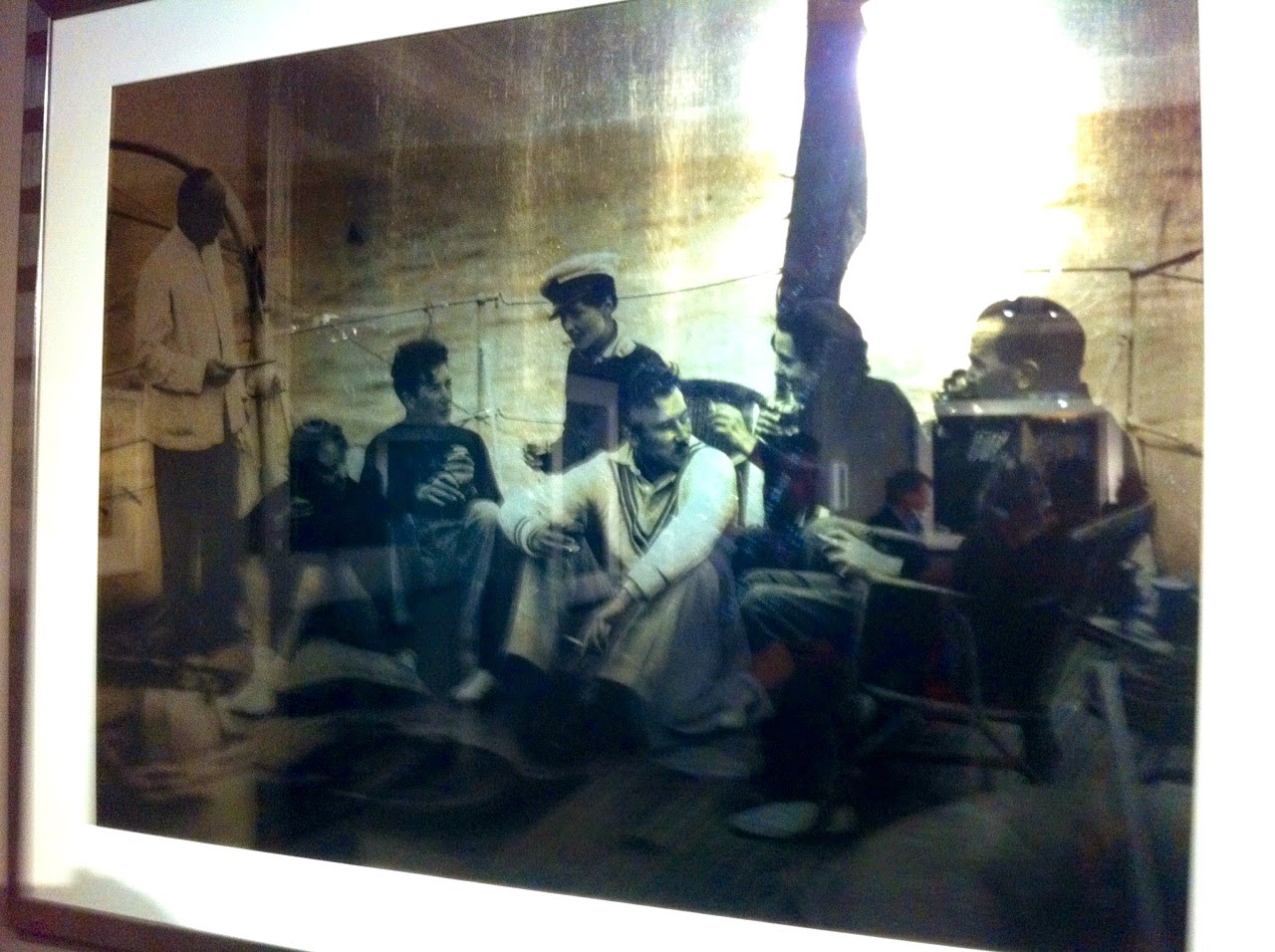 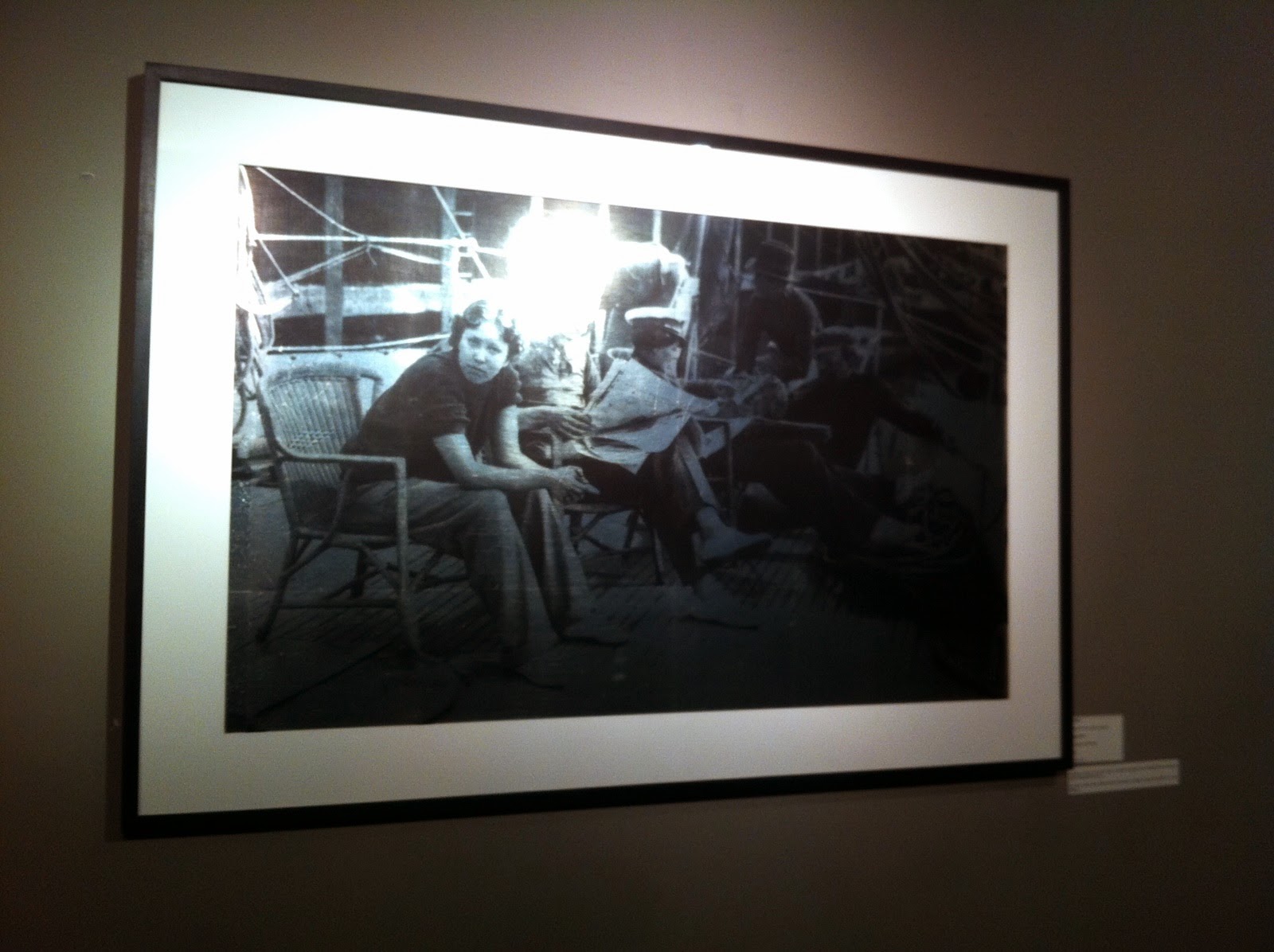 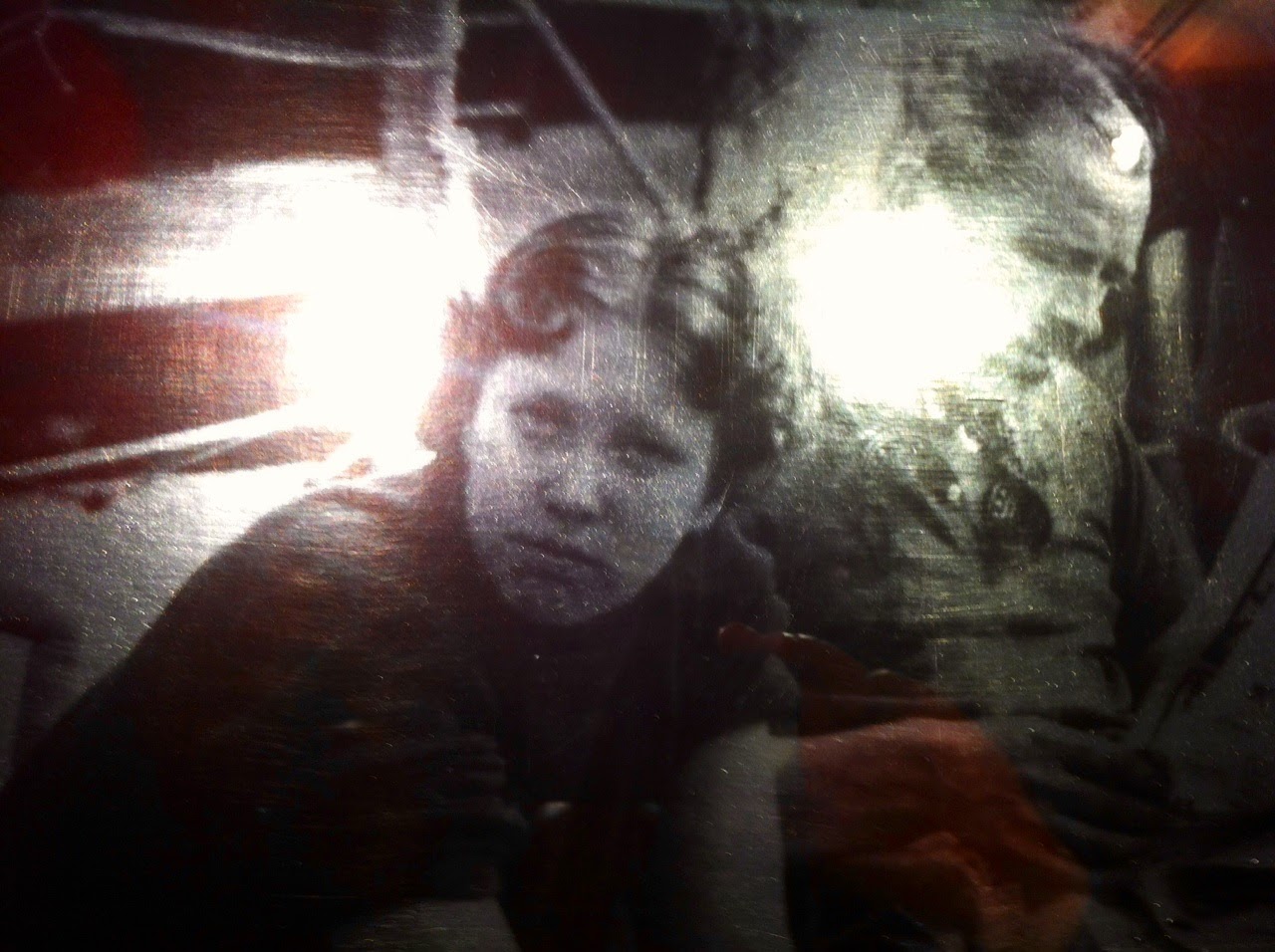 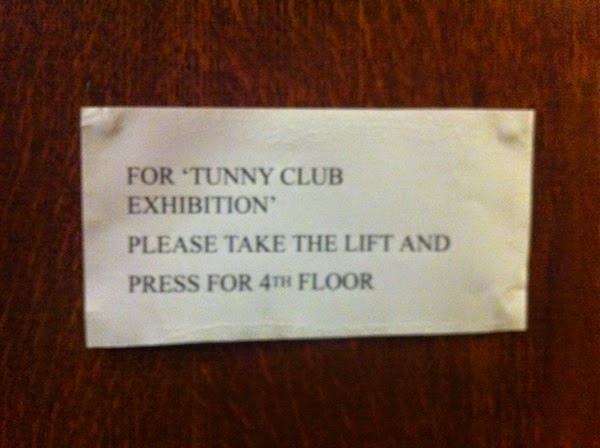 All roads lead to Romsey Tackle Fair where I shall be stalling out tomorrow morning in my usual double pitch in the main hall.  If you should be on the road south I look forward to your good company over a cup of sweet tea. 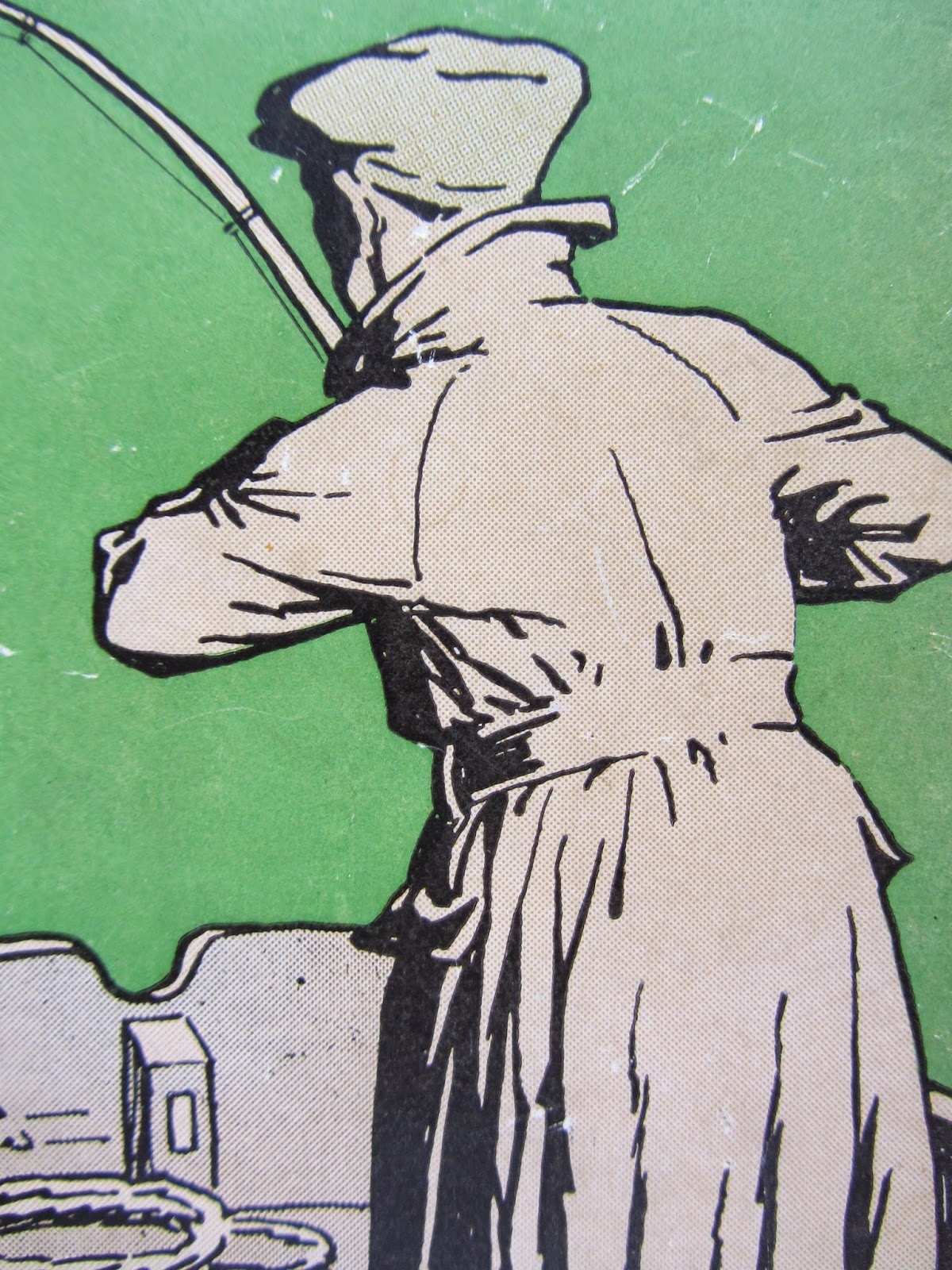 Bought at a sale Way Beyond the Outskirts of Pandemonium and collected yesterday a Victorian black Japanned gilt lined box - used allegedly for transporting live fish but possibly for some other kind of Estate use.  The box was made for Allan M. Smith and is thought to have originated from Scotland.  It has an original working lock brought back to life by my brother the restorer R.B. Andrews Esq. and bears labels from two previous sales including Jollys of Bath where the Vendor was a C. Smith - perhaps a descendent of Allan himself.   The box will be on sale tomorrow upon the cloth along with other Victorian sporting delights. 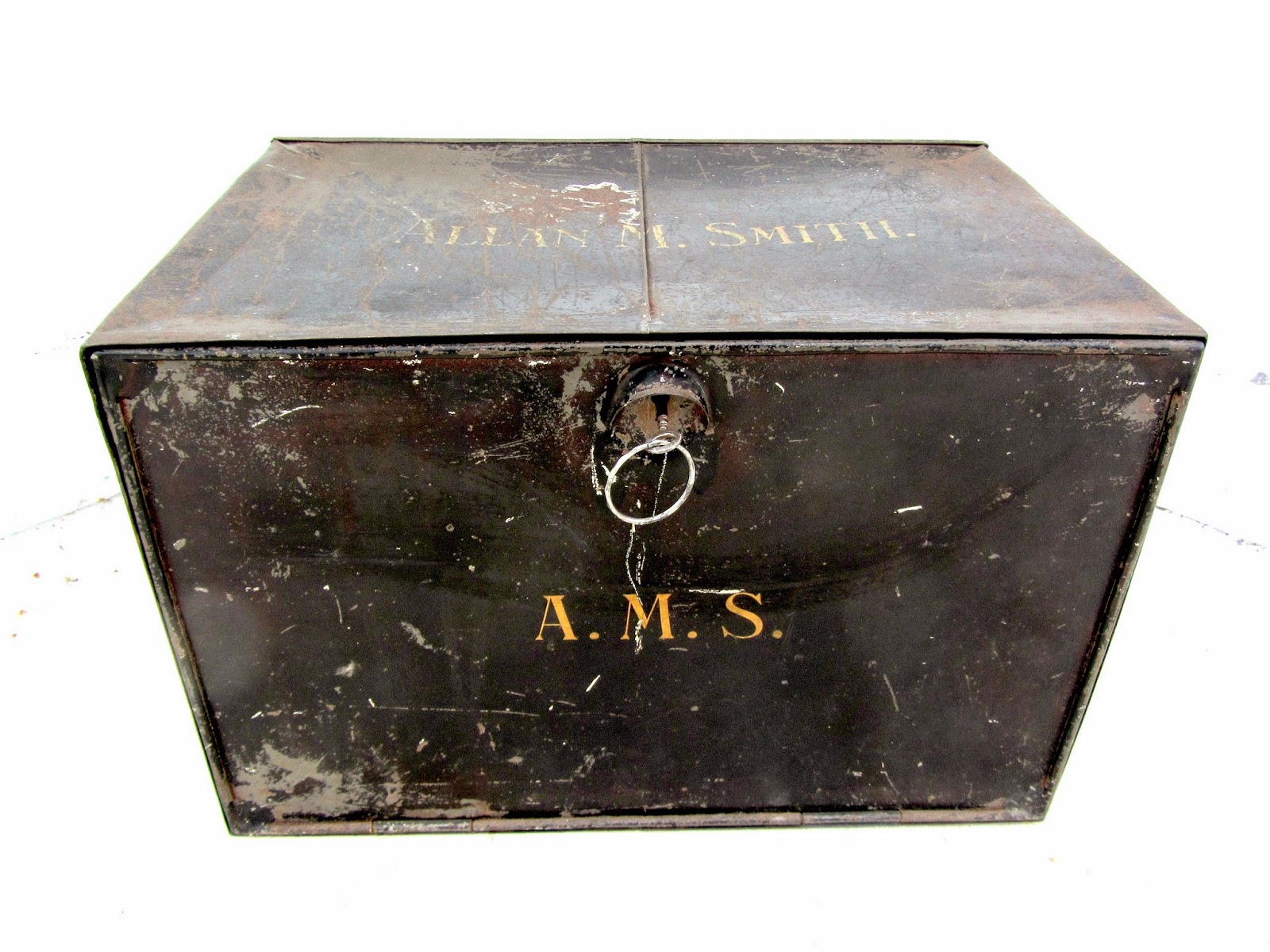 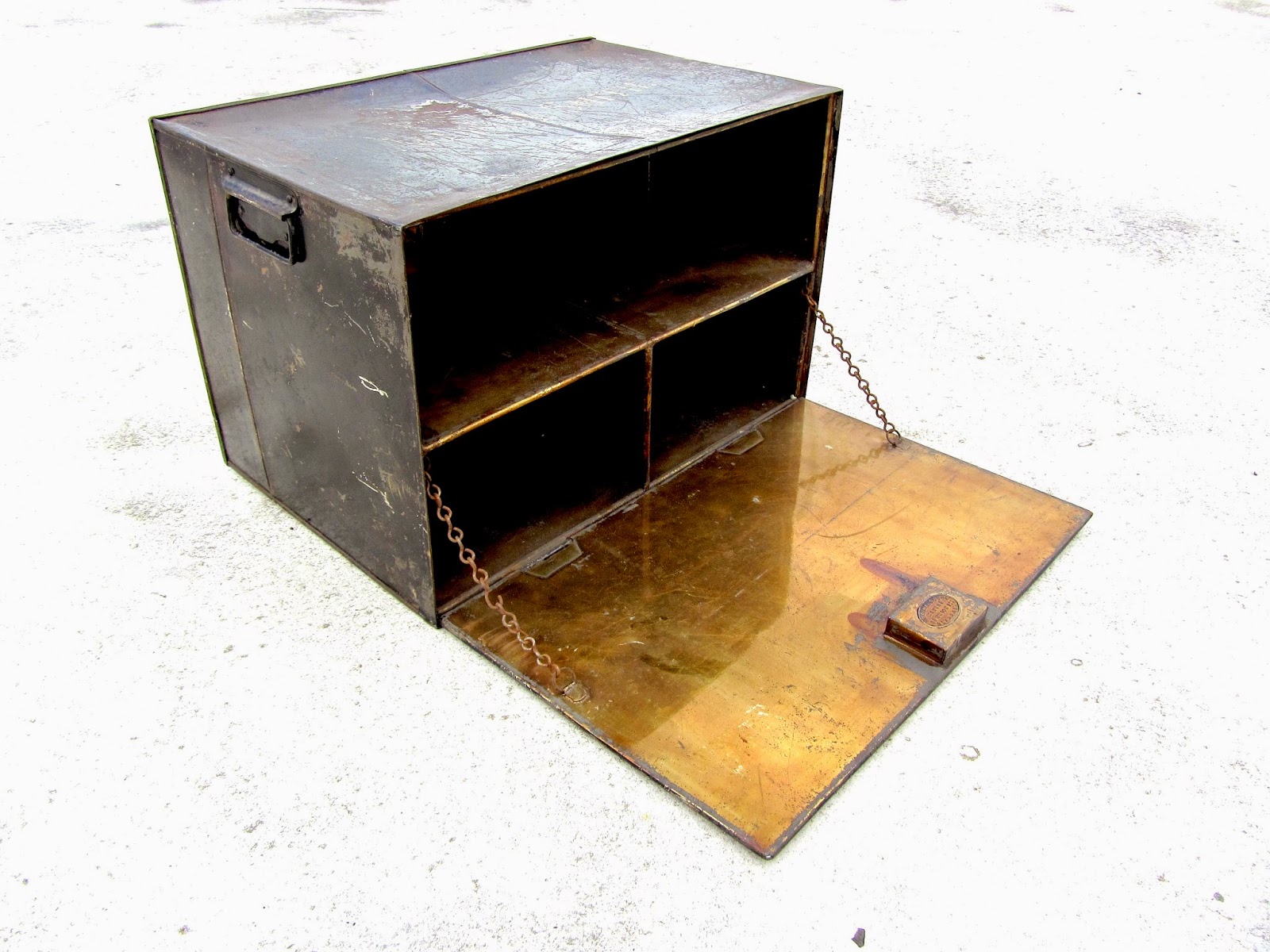 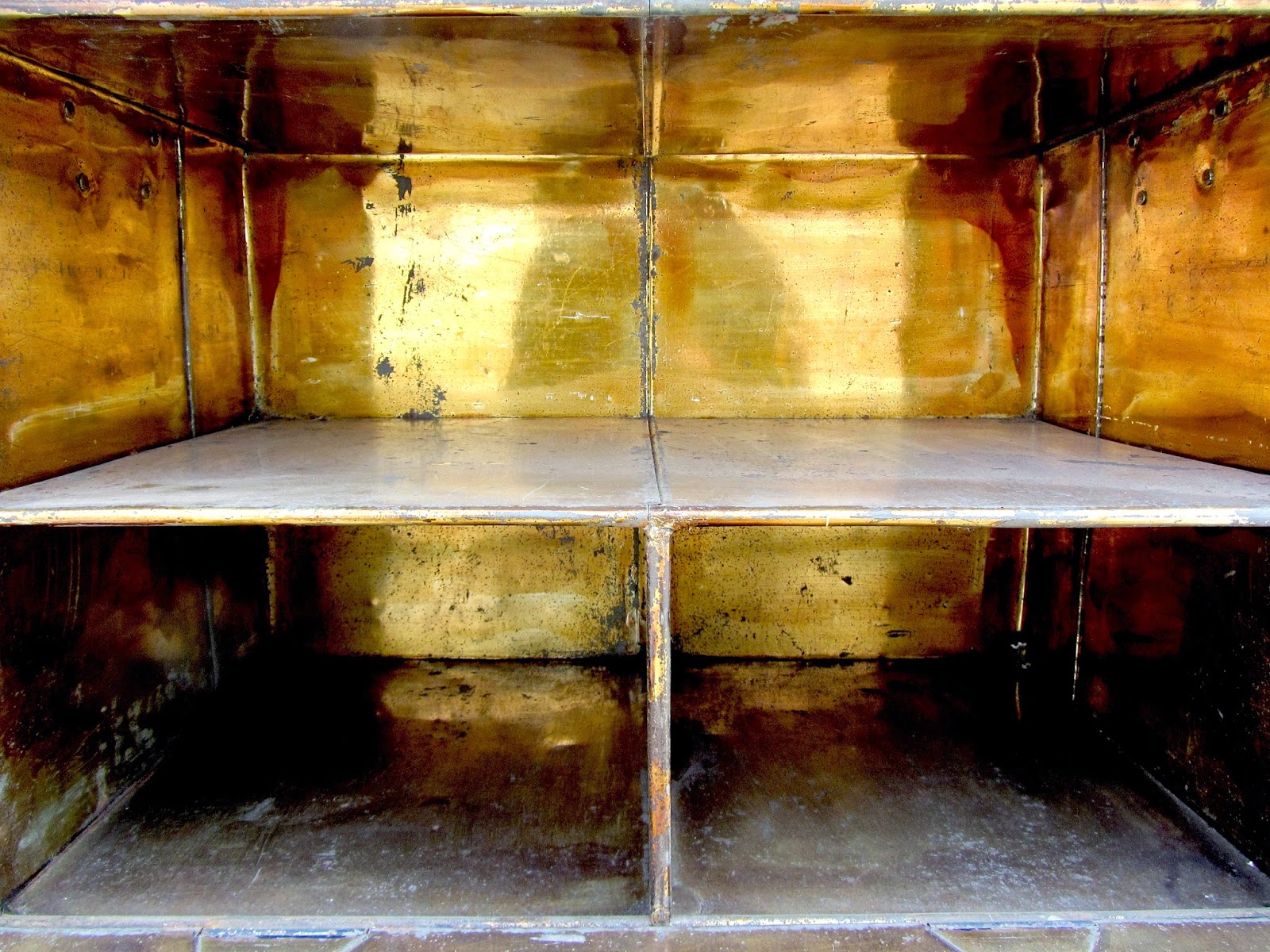 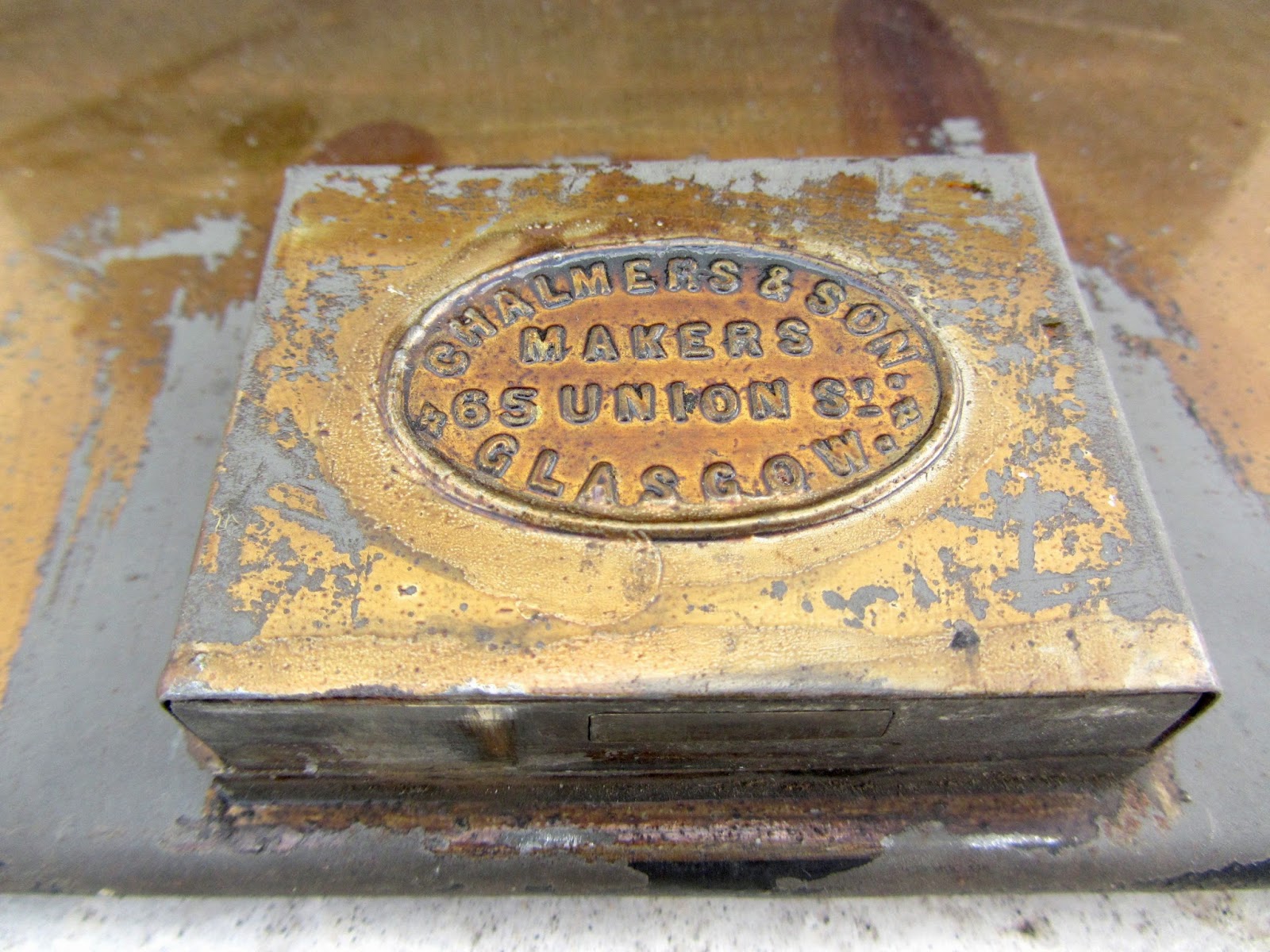 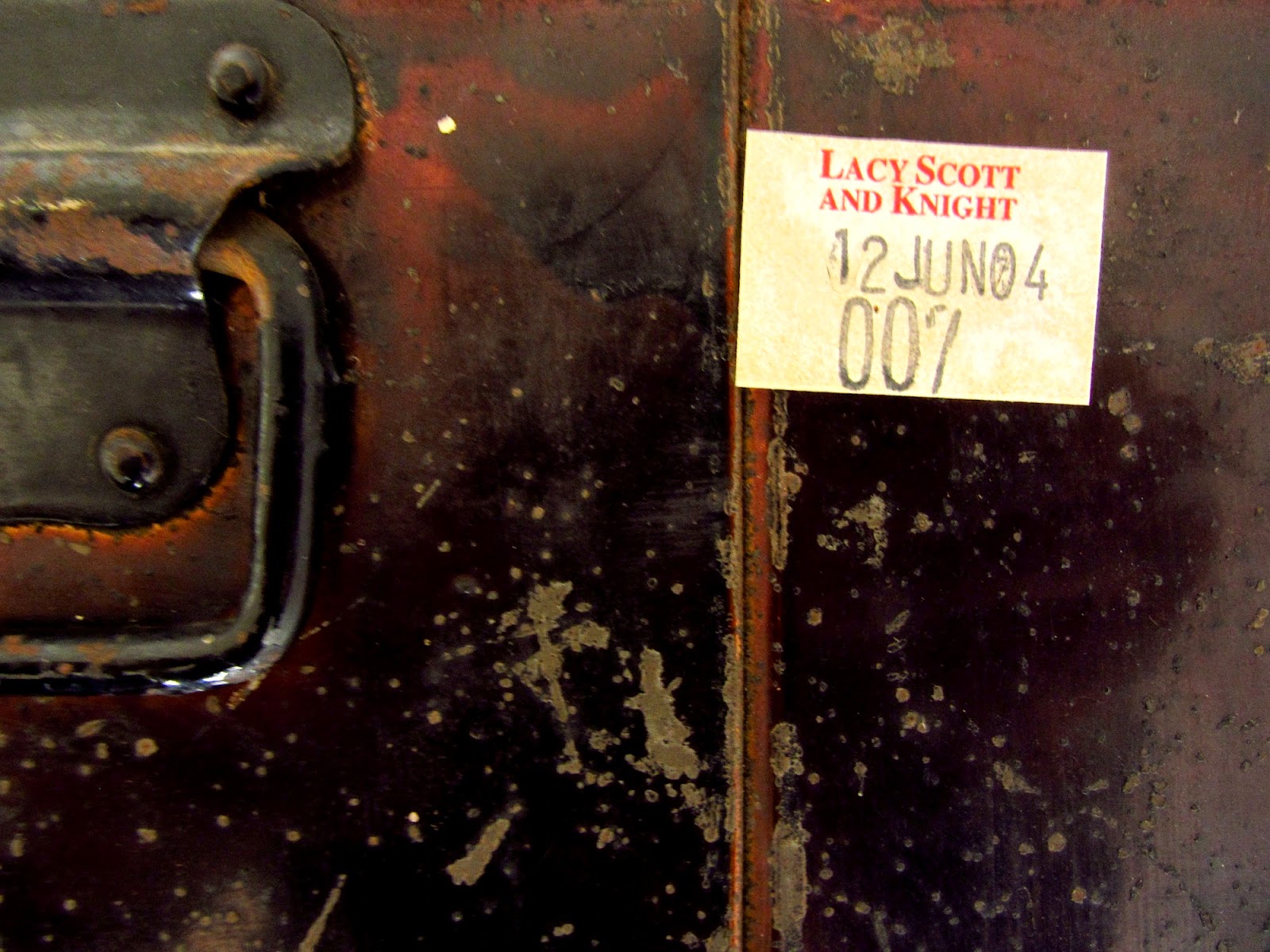 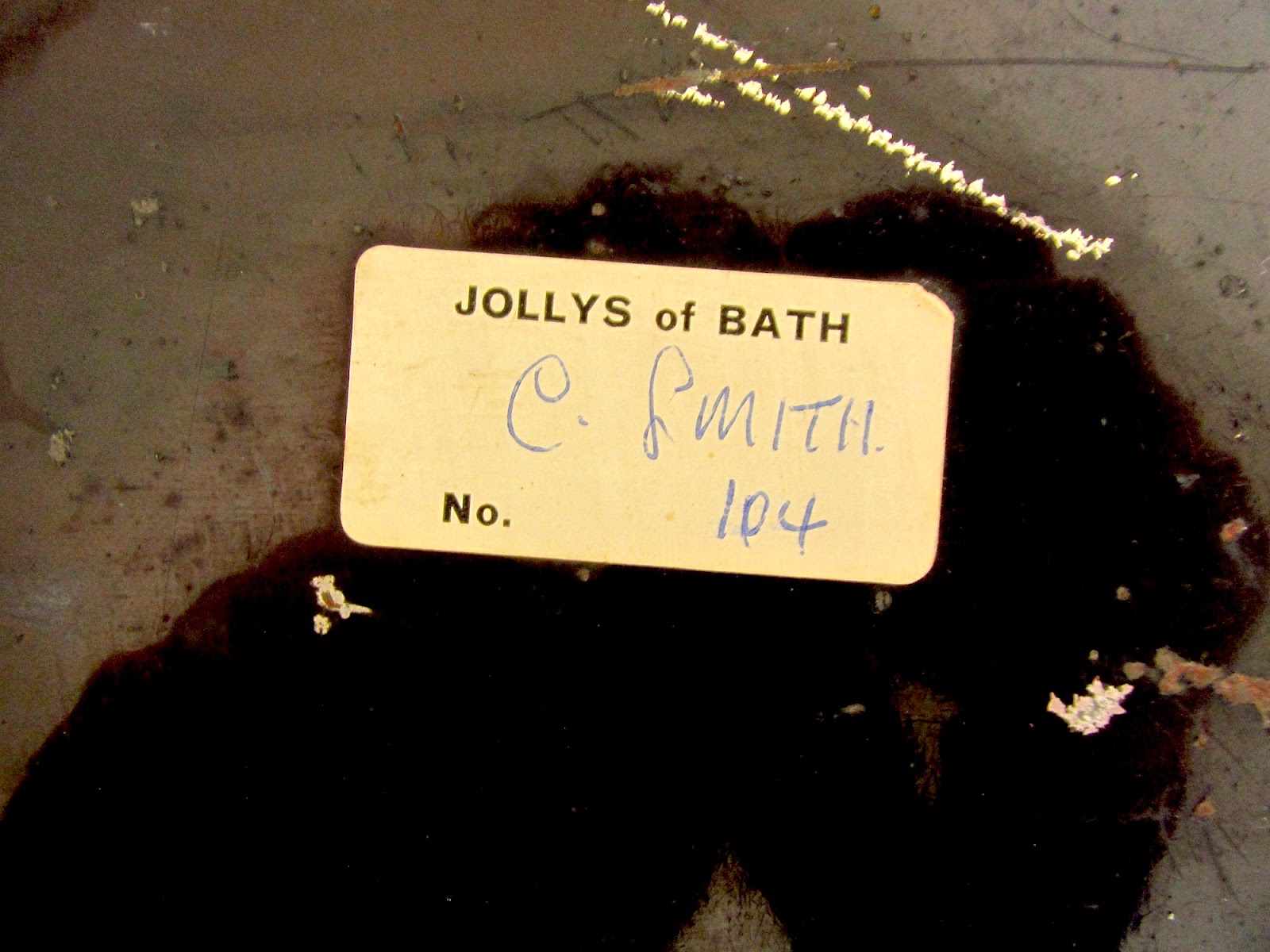 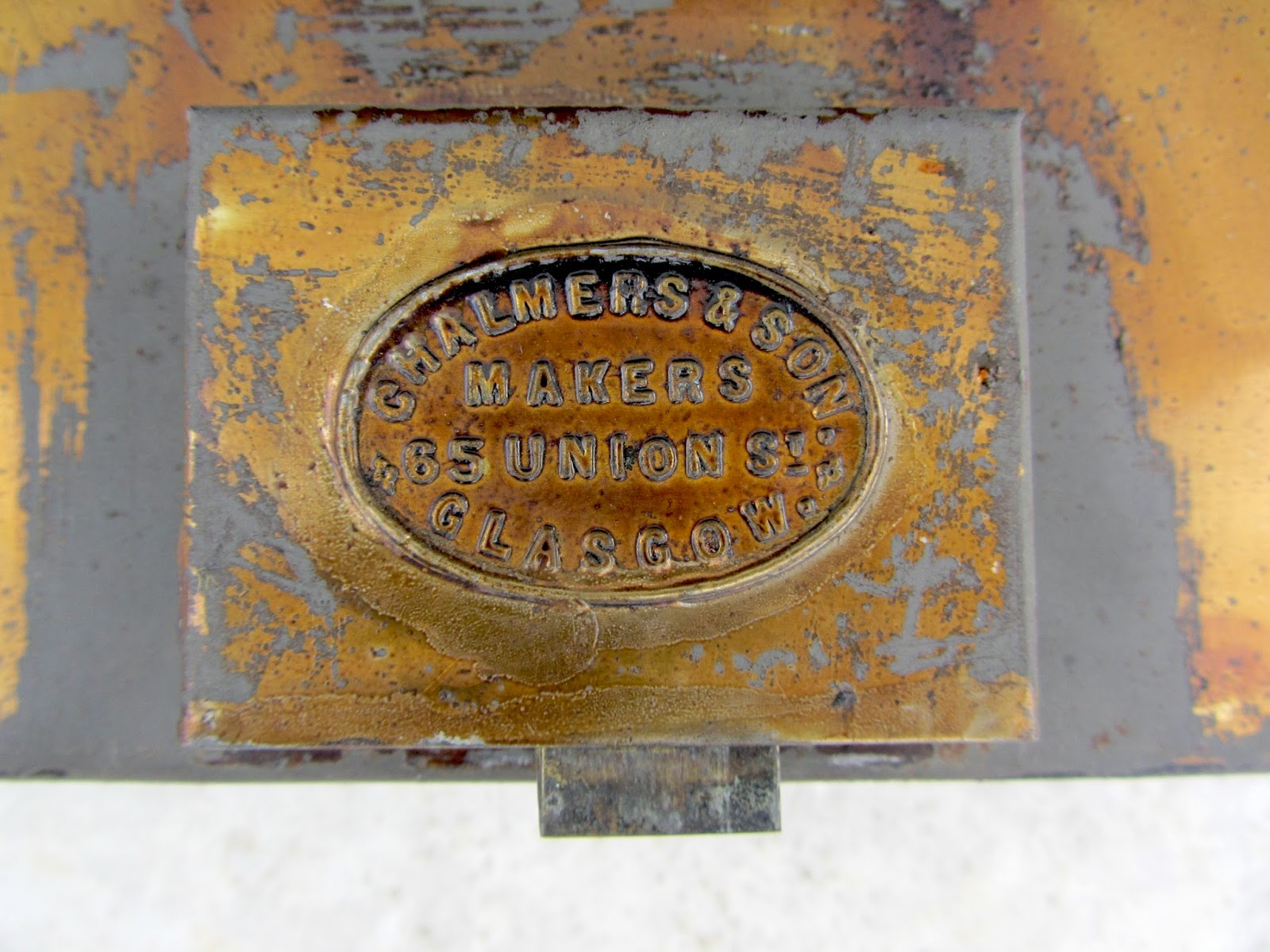 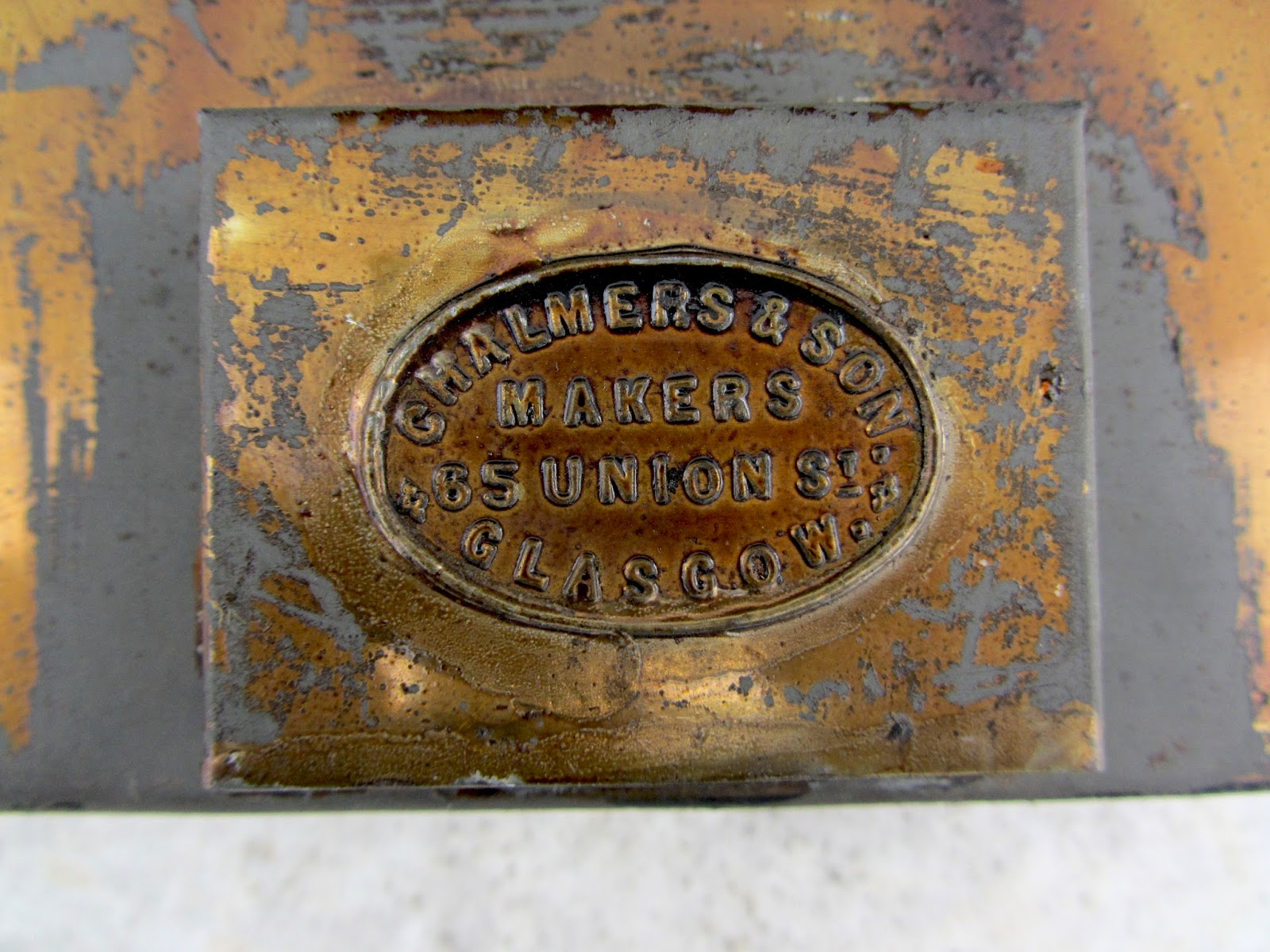 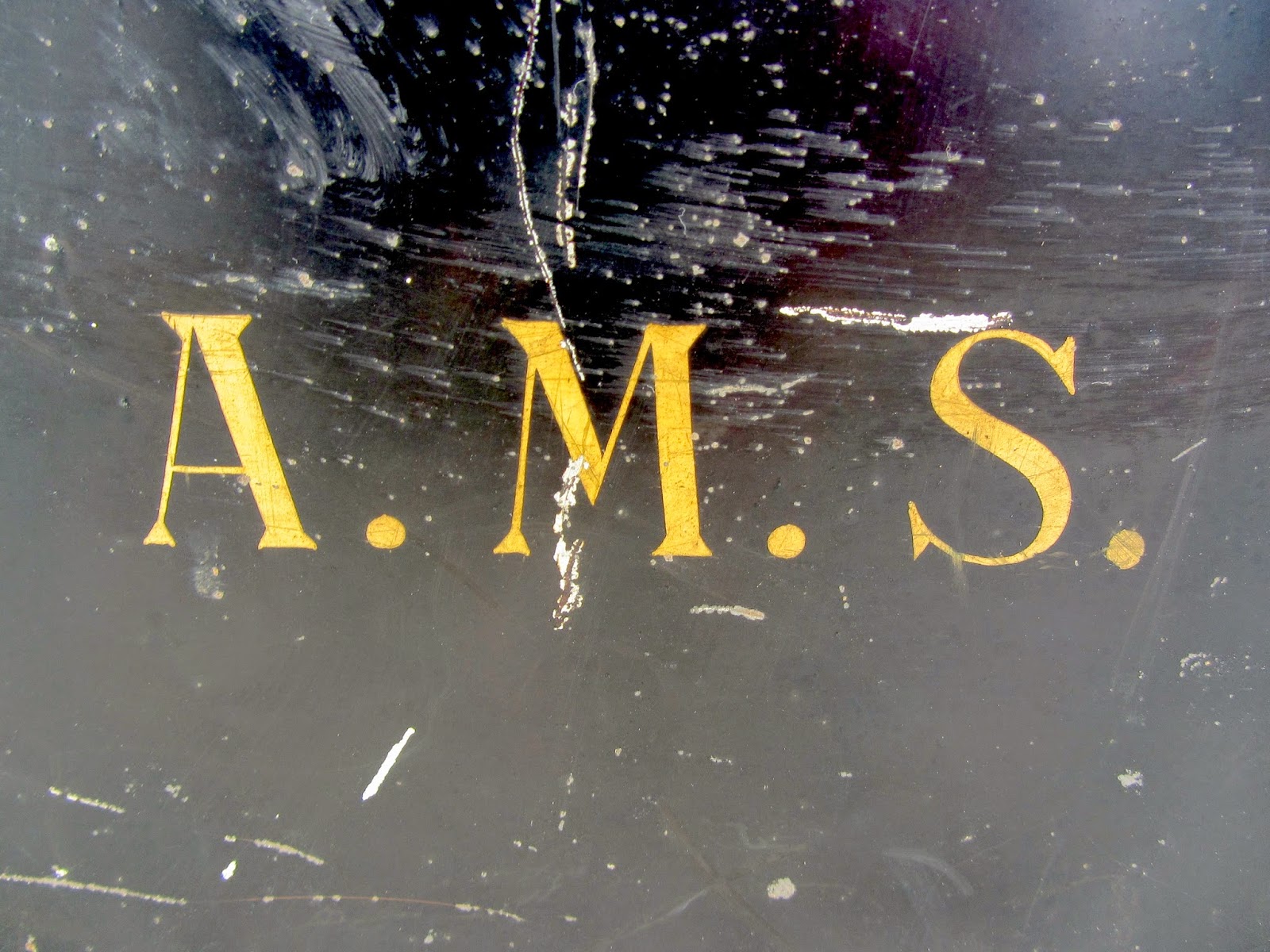 Today on Caught by the River you may read my piece written in memory of my lost friend Roger Wyndham Barnes known also to many of you I am sure.  The portrait of Roger shown below taken by Neil R Thomson is of Roger speaking about the Thames Professionals in the White Tent at Port Eliot in 2012.  He had the audience enthralled and not surprisingly for he was just as at home telling stories under an old oak tree as he was upon the water. 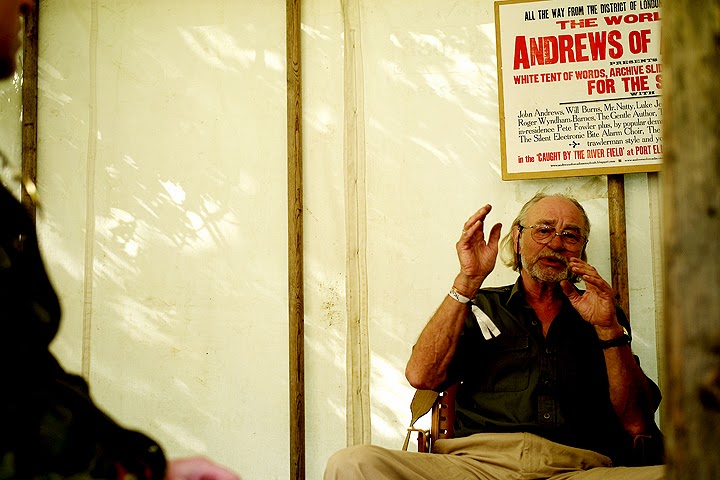