Found at Wimbledon Car Boot Sale part of a collection of homemade Zephyr style paper floats discovered during the clearance of a house.  The rooms of the house were said to be piled high with decades of newspapers through which the occupant had carved a tunnel which led to the back door and shed where he built an array of Vintage Fishing Tackle for the Soul during the decades known as the sixties and seventies.  It is not known exactly how many floats the late gentleman made but the quantity he left behind numbers approximately two hundred, each one finished with a naive hand and much affection.  The floats shown below are now for sale on my website in the section 'Under the Counter, Madam' and I am taking inquiries on the field telephone as to the remaining lot. 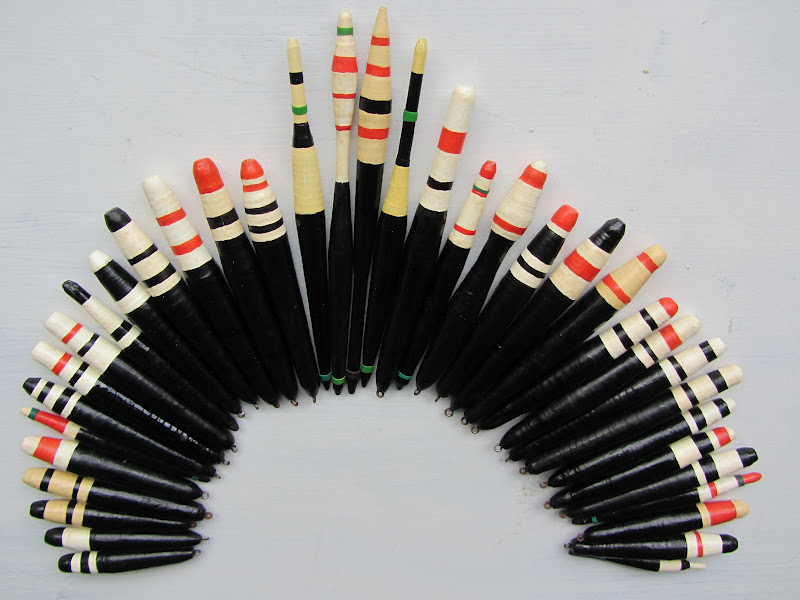 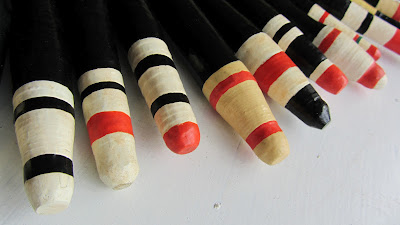 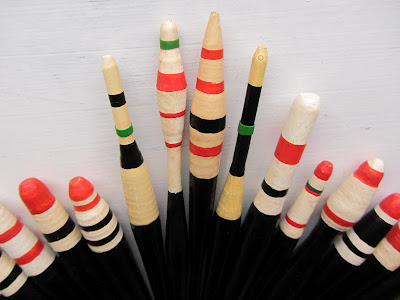 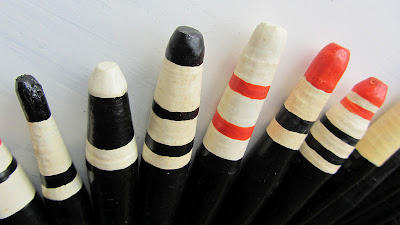 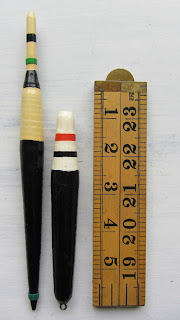