Once upon a time in Arcadia, perhaps even on Maundy Thursday in the year of 1934, ladies and gentlemen in possession of their Maundy Money and eager to spend it wisely on fishing tackle could take themselves off to Shepherds Bush Market where at numbers 9, 10, 11 & 13 they could join the throng by Ellis's Stores who were the proud purveyors of 'Hardware, General Grocery, Corn Chandlery, Fishing Tackle, Livestock, Bird Cages and Toys'.  Indeed a lady or a gentlemen did so later in that year and purchased a winch, some hemp, a dozen hooks, a box of shot, a length of silken line, one line winder, a packet of casts, a float and some paste.   For this they parted with Six Pounds and Five and a Half Shillings.   It is not known what they caught but their tackle was later discovered at a recent flea market by a dealer of fine repute who kindly furnished me with the original invoice for that transaction.

Should you be a lady or gentleman abroad on the streets of London, today, this Maundy Thursday in the Year of Our Lord & Other Bluebells 2014, you are directed along the Central Underground Line from Shepherds Bush to Liverpool Street, where, after a short walk up Brushfield Street you will chance upon Spitalfields Antiques Market on Commercial Street where at my stall which has stood for ten years but is un-numbered you will be able to buy every item bar hemp and paste that was on Ellis's bill.  You will also find amongst the seventy-seven other stalls all manner of fascinations including Bird Cages, Toys and Hardware. 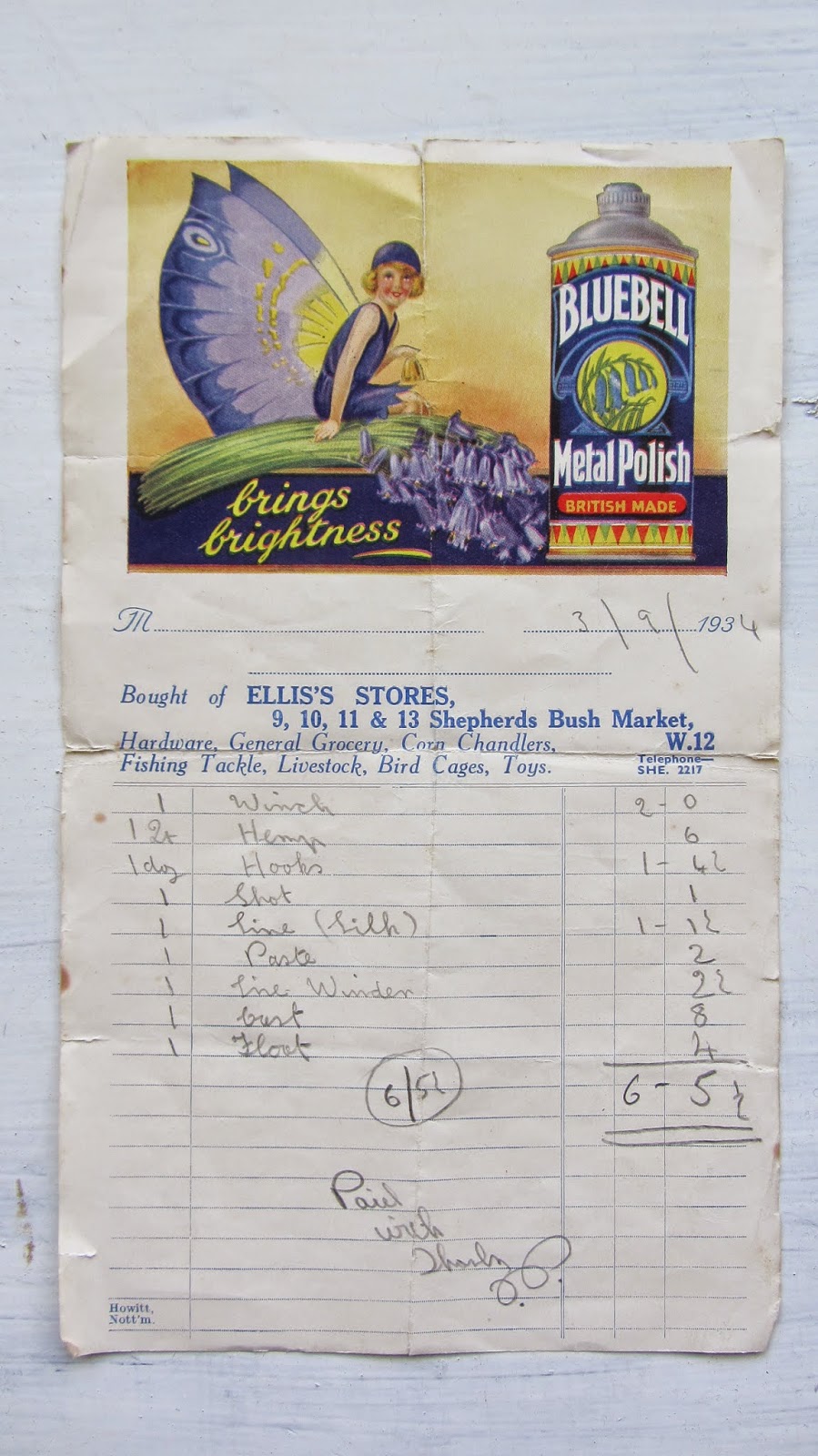 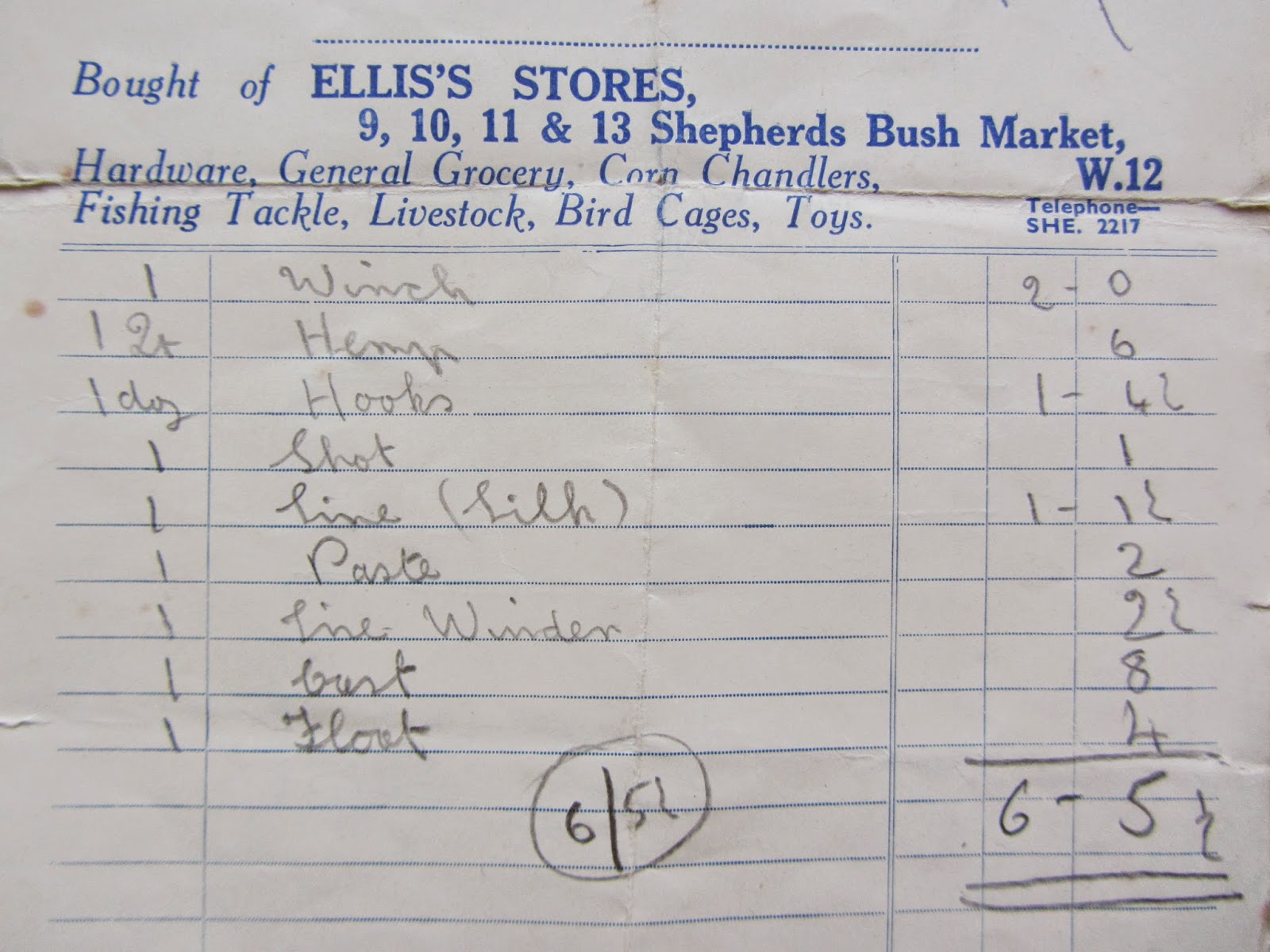 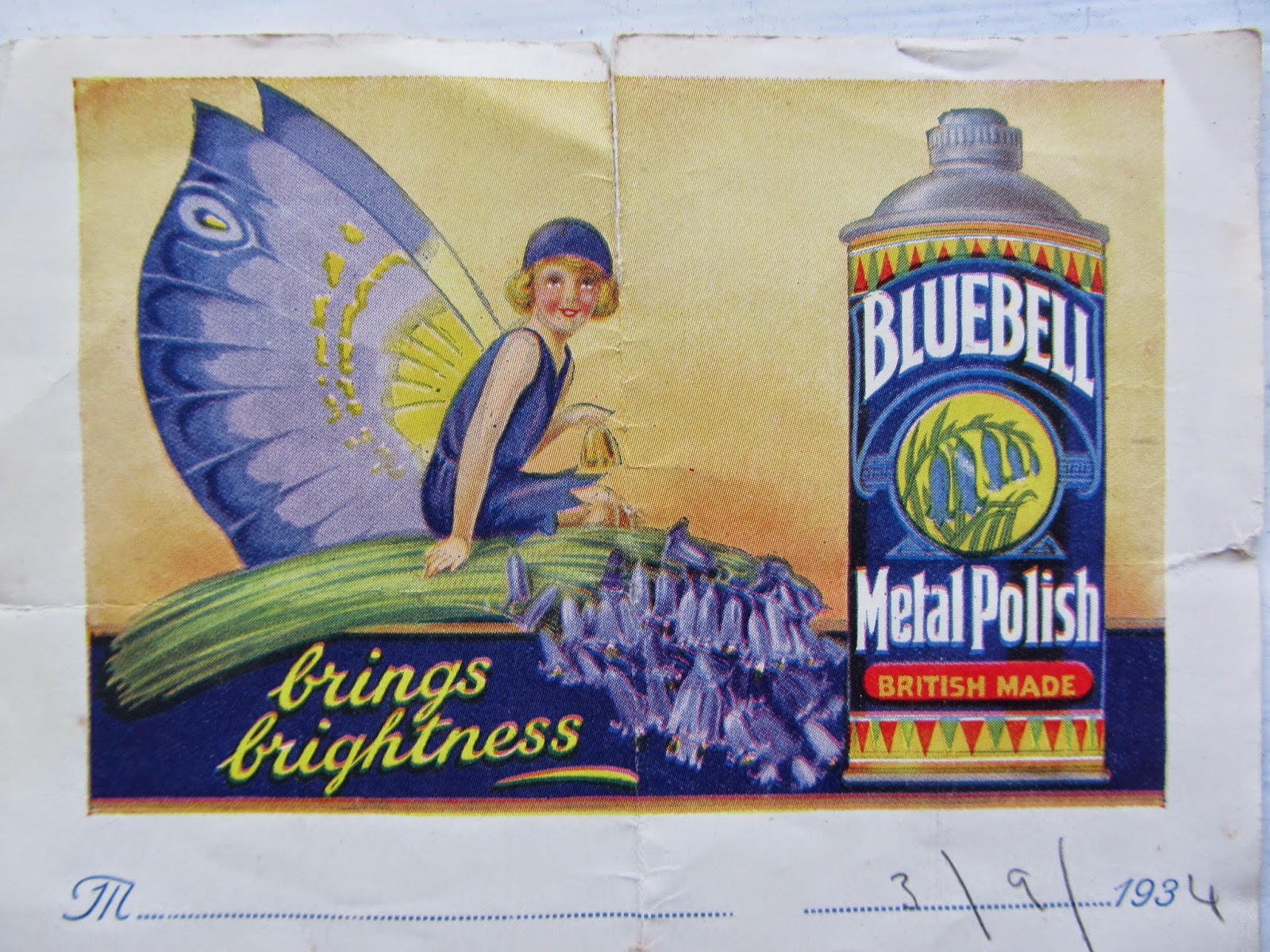