Once upon a time in Arcadia, and most notably upon a Thursday in the century before last, ladies and gentlemen abroad on the streets of London in search of fishing tackles and requisites could call in at 'The Golden Perch' the premises of Alfred Young which were situated at 402 Oxford Street only 'two doors from Duke Street'.  There, they could converse with the proprietor G. Partridge and avail themselves of the items he had for sale on his list.

Should you be a lady or a gentleman abroad on the streets of London in this the year 2014 you are advised that Alfred Young closed their doors many decades ago but that you may find yourself 'two doors from Duke Street' and roughly in the year 1851 by visiting my stall at Spitalfields Antiques Market, where on Thursdays only between the hours of 8am and 3pm I buy and sell Vintage Fishing Tackle for the Soul such as that which was sold at The Golden Perch. 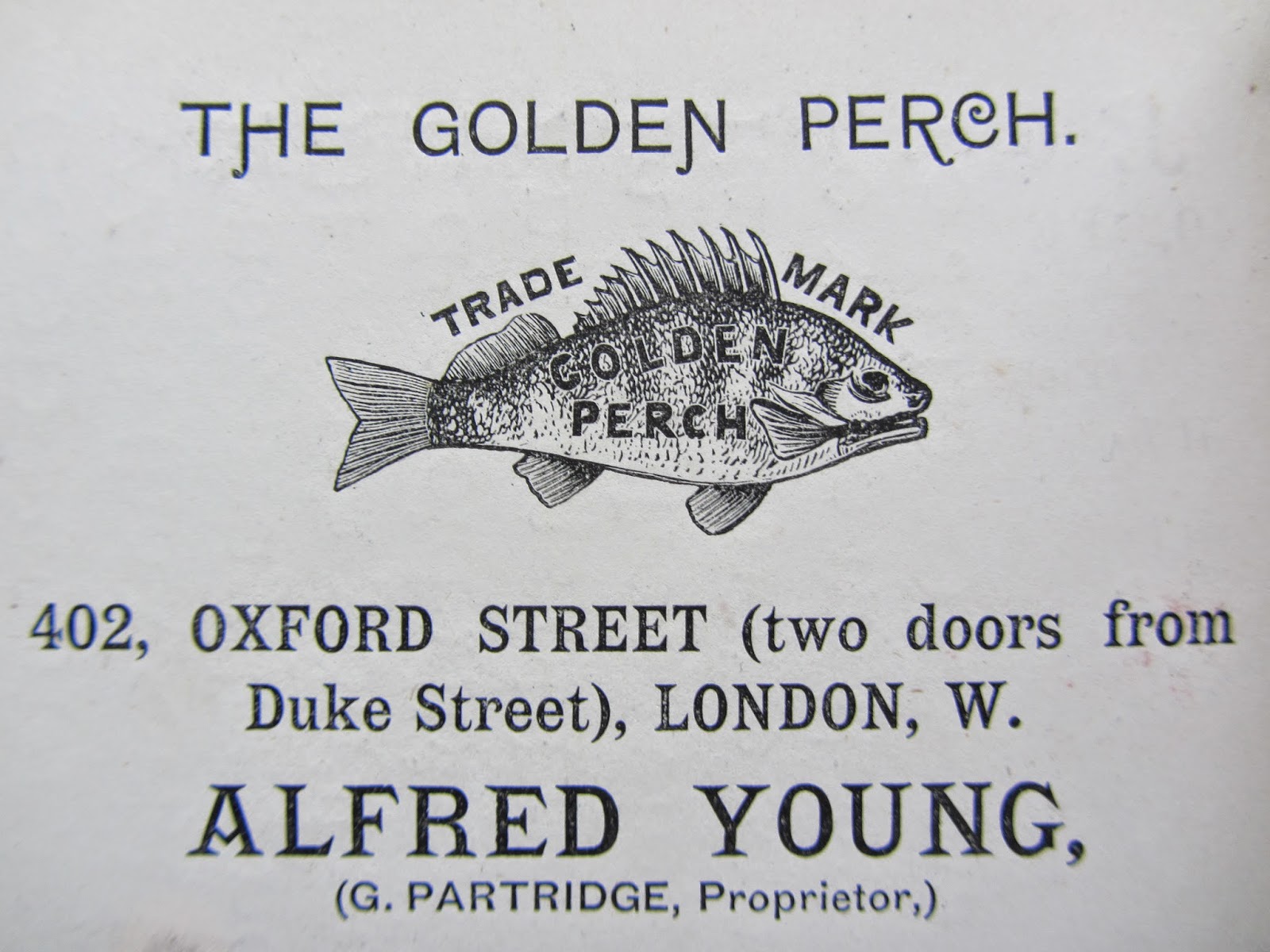