Never Sold In England Before At The Price

Once upon a time in Arcadia, on every day of the week except Sundays in the century before last, Barber and Company imported 'A Tea Abounding in Strength and High Quality' known to all as Onfa Congo which sold at 1s 6d. per pound, a price at which tea had never been sold before in England.

In this, the Year of Our Lord & Other Lights Eternally Dimmed 2014 rich syrupy tea is continually drunk at my stall which stands open in Spitalfields Antiques Market on Thursdays only off Commercial Street in the district of London known as E.1. between the hours of 8am and 3pm and from which, fuelled by Market Tea from The Square Pie Company which 'Abounds in Strength and High Quality', I buy and sell Vintage Fishing Tackle for the Soul during the month of August especially at a price at which Vintage Fishing Tackle for the Soul has never been sold before in England.   All passers-by welcome. 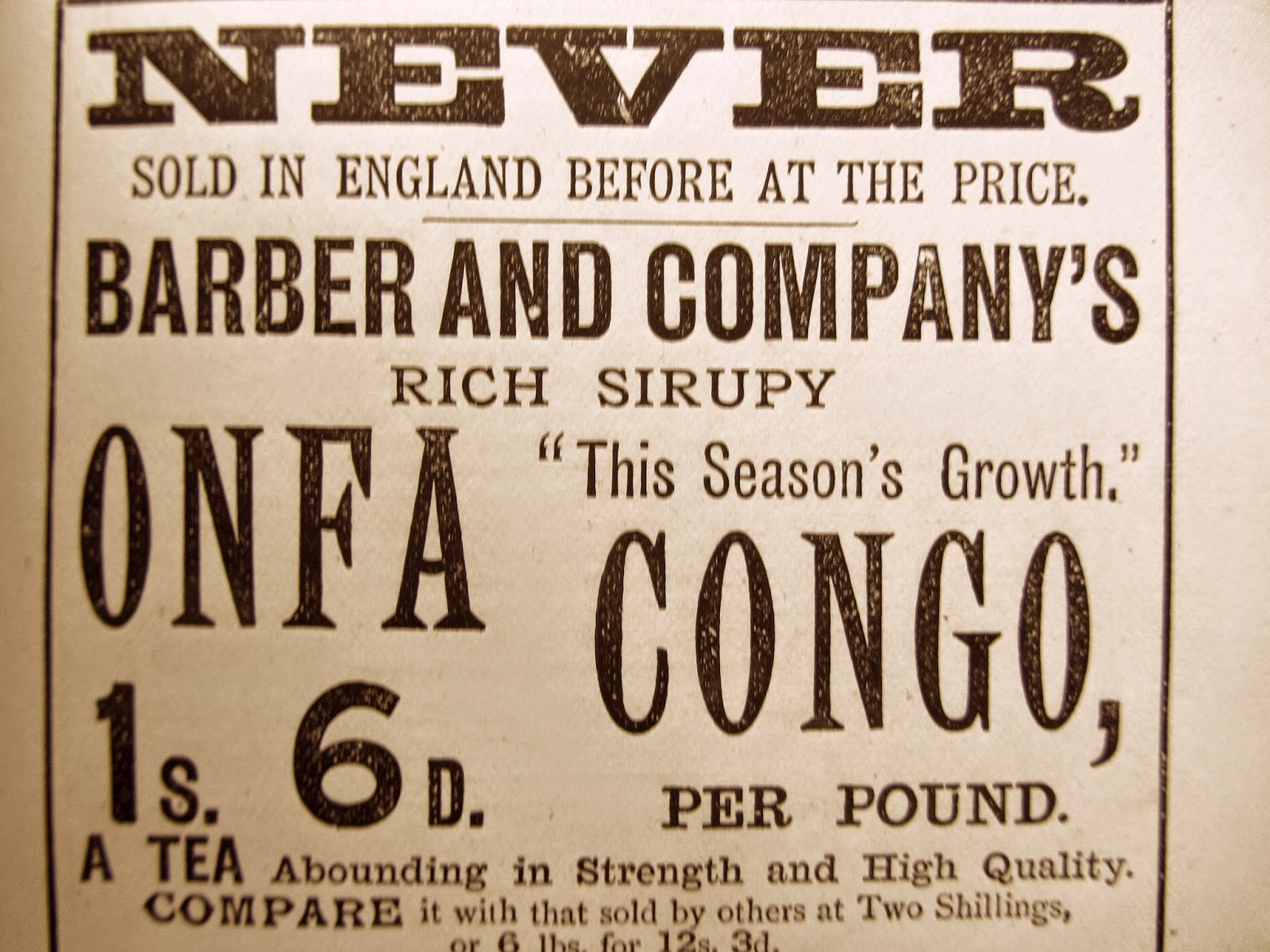