Bought before the last stall of spring at Spitalfields yesterday a cache of books including Major Antony Buxton's 'Fisherman Naturalist' (1946 Collins) whose chapter, 'Terriers at Fishing and Other Sport' is one of the most seminal of the 20th Century describing as it does the adventures of the author's dogs Jane and Ginger, 'It all started in this way.  A very small terrier puppy was transported to Scotland, and one pouring wet day was taken out in my pocket down to the river. She started on rats at a very early age, and soon learned to be very quick at catching them in the water both on and below the surface.  Then she was taken fishing, and became interested in the splashing of a hooked trout'.  The book also includes a chapter on the sea flood of 1938, 'At about 7.30pm on the evening of February 12, 1938, a farmer came into my house with the news, "The Sea is in," and I ran out to find, within about 150 yards of the house, the sea on the road,  a mass of dead earthworms floating about and terrified hares and rabbits swimming in or galloping before the flood.  I waded to the millman's house and at my knock he stepped straight out of his door into the sea.  We were in time to rescue some people in a boat from the upper windows of their house and to get some of the inhabitants of the village away in a lorry down the road to the North'. 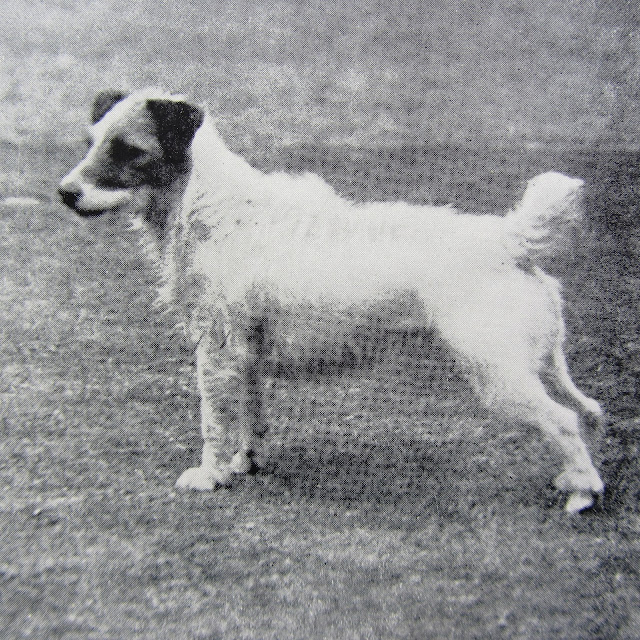 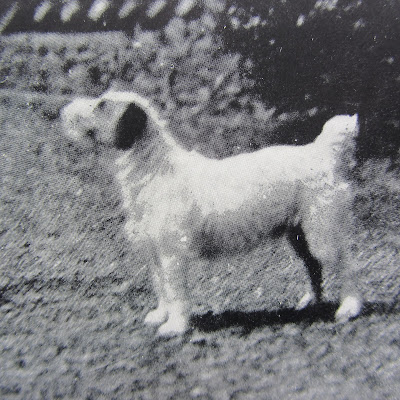 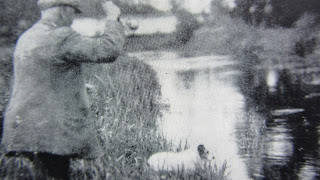 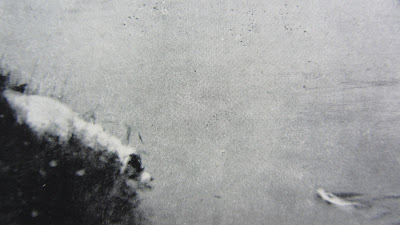 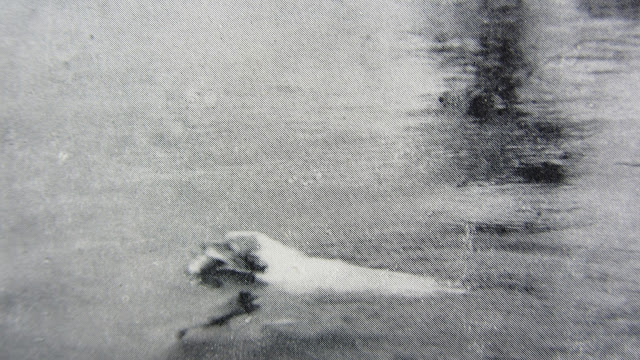 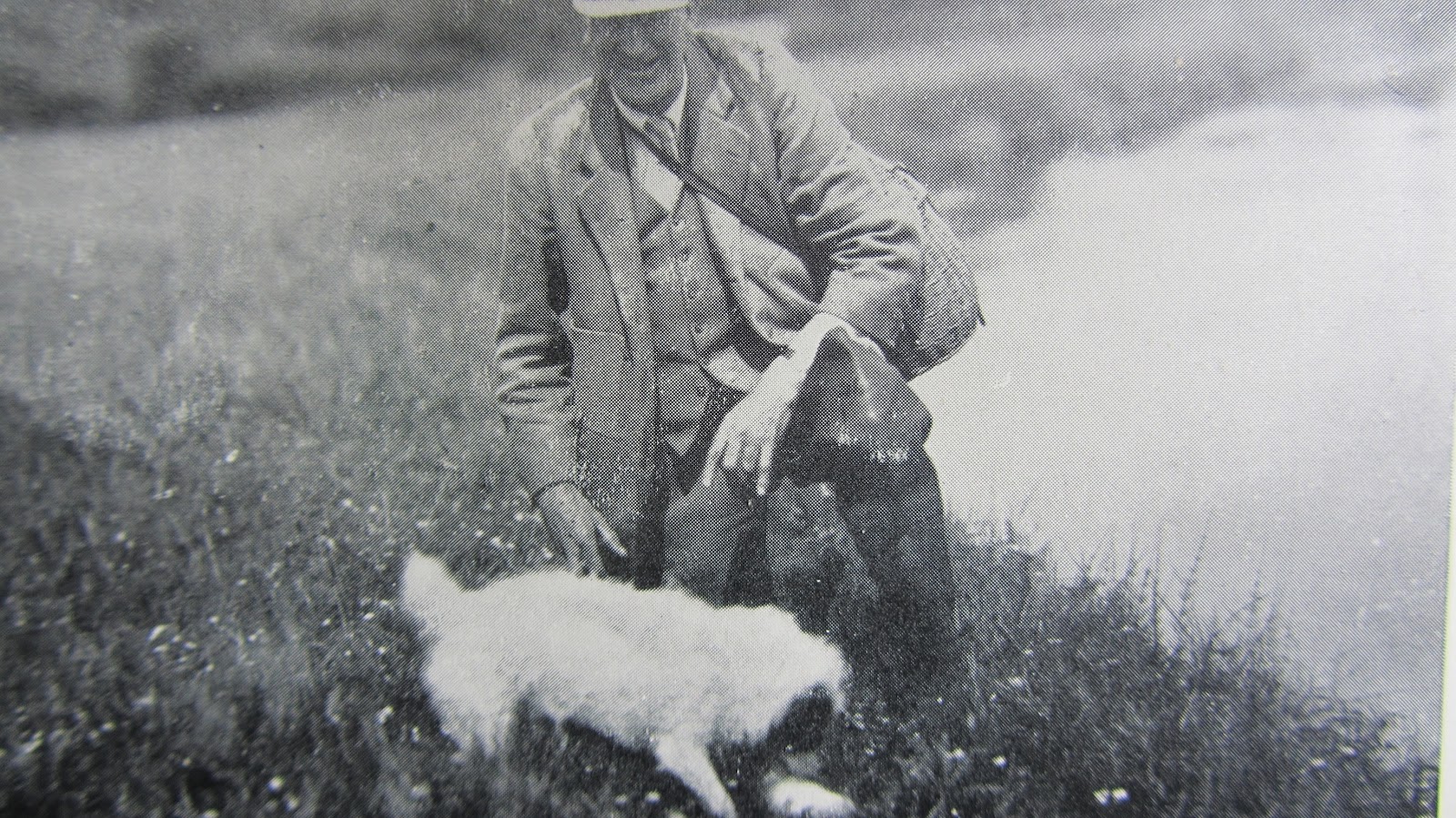