This afternoon from midday myself and the Empress will be stalling out in a modest manner alongside The Caught by the River Bookshop In A Suitcase and Frank Phantom & his 7" Inch Modernist Records in Boxes upstairs at The Social at No. 5 Little Portland Street as part of their Christmas Market.   I will have a range of old print with me for sale including, in honour of next year's Port Eliot Festival Bill having just been announced, the last of the letterpress posters from 2012 and the remaining Pike for the Soul Christmas Cards.  There will be hot wine and pale ale on tap, small pies by Square Pie and special guests singing aloud in the basement.   Should you be in vicinity it would be considered rude not to drop in. 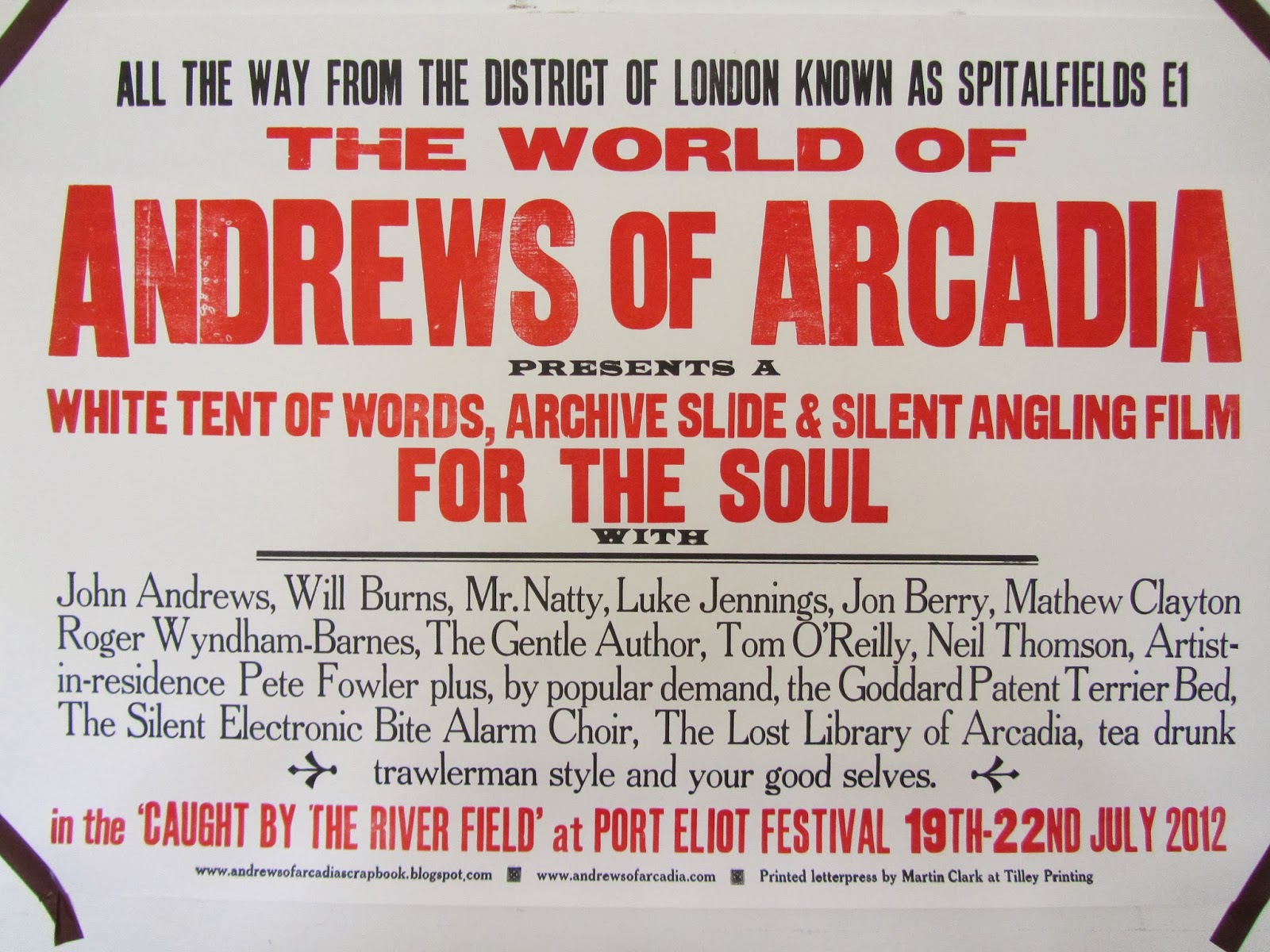