Found at Kempton this morning an enamel badge struck by Simpsons of London and awarded exclusively to participants in the City of London Thames Fishery Research Experiment which has been held on the banks of the River Thames every year since its inception in 1969.  I took part in the Experiment in the year 2003 and wrote about it for Waterlog Magazine a couple of years later, a feature which you can read in the archive section of my website. 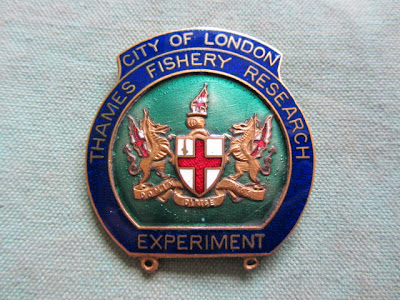