Once upon a time in Arcadia, namely on a Thursday in the fair town of Newark-on-Trent when the factory bell had sounded the workforce at David Slater's 'Acme Works' would sally forth and leave behind them on their work benches unfinished examples of the "Zephyr" and "Combination" Reel for which the Works was famous.   Ladies and gentlemen telephoning from both near and far on number 11x1 after the bell had sounded would put down the receiver and resolve to call earlier the following day.

Today, in the Year of Our Lord and Reminscence 2013 some ladies and gentlemen still telephone Number 11x1 in the hope of speaking to a ghost at 'Acme Works', perhaps one still working away on a Zephyr or a Combination.  But there is no need for them to be too disappointed if the number rings without answer.  Instead they are advised to call me on Field Telephone Number 07980 274 383 where I will direct them without haste to my stall in Spitalfields Antiques Market, which is open on Thursdays only from 8am until the bell sounds at 3.  There I carry reels made at 'Acme Works' and drink black tea on the hour in memory of the celebrated workforce of David Slater.  You are welcome to join me. 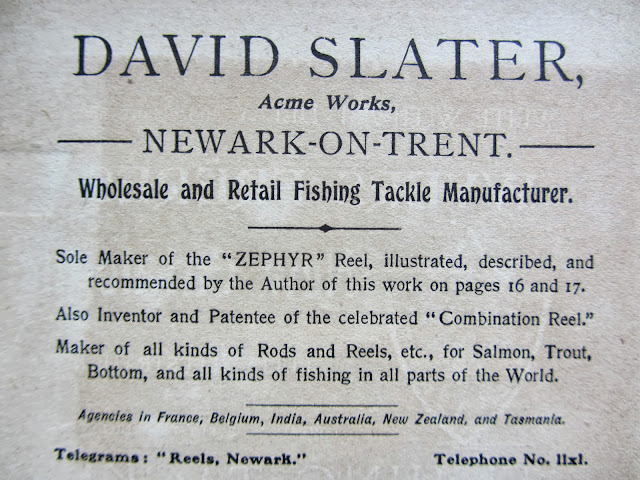