Once upon a time in Arcadia, in the year of Our Lord and Other Skies So Dark 1937, ladies and gentlemen still minded to buy fishing tackle might have read the advertisement that was placed in 'Where to Fish' 1937-38 edited by H.D. Turing and published by The Field, for W.H. Dingley of Alnwick.   Born in the year 1858 William Henry 'Walter'  Dingley apprenticed at Reuben Heaton and subsequently worked at Slater in Newark-Upon-Trent and Hardy Brothers, also of Alnwick.   After a dispute with Hardy's over the patent for the Silex reel he set up on his own after the First War.  By the 1930's his son Ernest had joined the firm and production was at a peak.

Should you be a lady or a gentleman abroad on the streets of London in this the year of Our Lord and Other Skies Suddenly So Dark 2013 and you are still minded to buy fishing tackle you are advised to hurry to my stall in Spitalfields Antiques Market on Commercial Street in the district of London known as E.1. where on *THURSDAYS ONLY* between the hours of 8am and 3 I sell Vintage Fishing Tackle for the Soul and often carry reels made by Dingley and other great 'lost' British tackle makers. All enquiries to the field telephone number 07980 274 383. 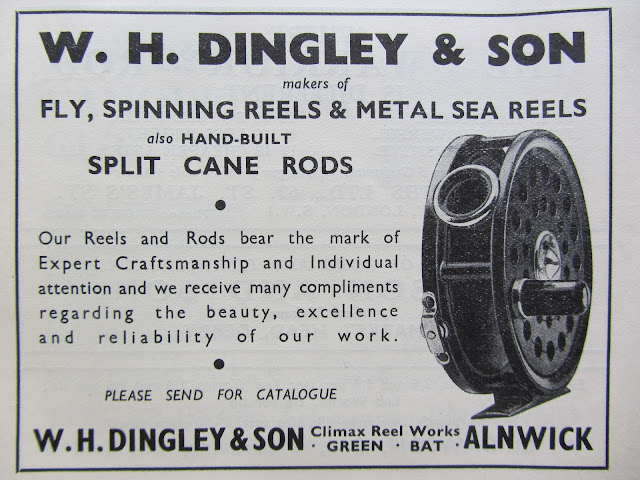