Once upon a time in Arcadia most notably on a Thursday in the last century and even the one before ladies and gentlemen abroad on the streets of London in search of presents for themselves; each other as well as their friends and family could call in upon one of the legions of fishing tackle shops that were dotted across the capital and there purchase an item of tackle very possibly made at the Richard Wheatley Works in Hockley Street in the silver capital of Birmingham.  Today in this new young century of ours there are a pitiful number of fishing tackle shops left in London but nearly all of those that remain will still sell items made by Richard Wheatley whose mantle was taken up in part a few years ago by the Wheatley collector and enthusiast Mr. Clive Edwards who can be found online at the Richard Wheatley Museum.

In the meantime should you be a lady or a gentleman abroad on the streets of London with a taste for the old fashioned-but-modern in search of presents for yourself or another you are invited to call in upon my stall of ten years standing at Spitalfields Antiques Market (Thursdays between 8am and 3pm) as Mr. Edwards has done on occasions joyous and there purchase old fly boxes and wallets and all other manner of things made by Wheatley & Son.   Of these I have a surplus ahead of The Feast of St. Nicholas - some dressed and some not - so please do not be shy. 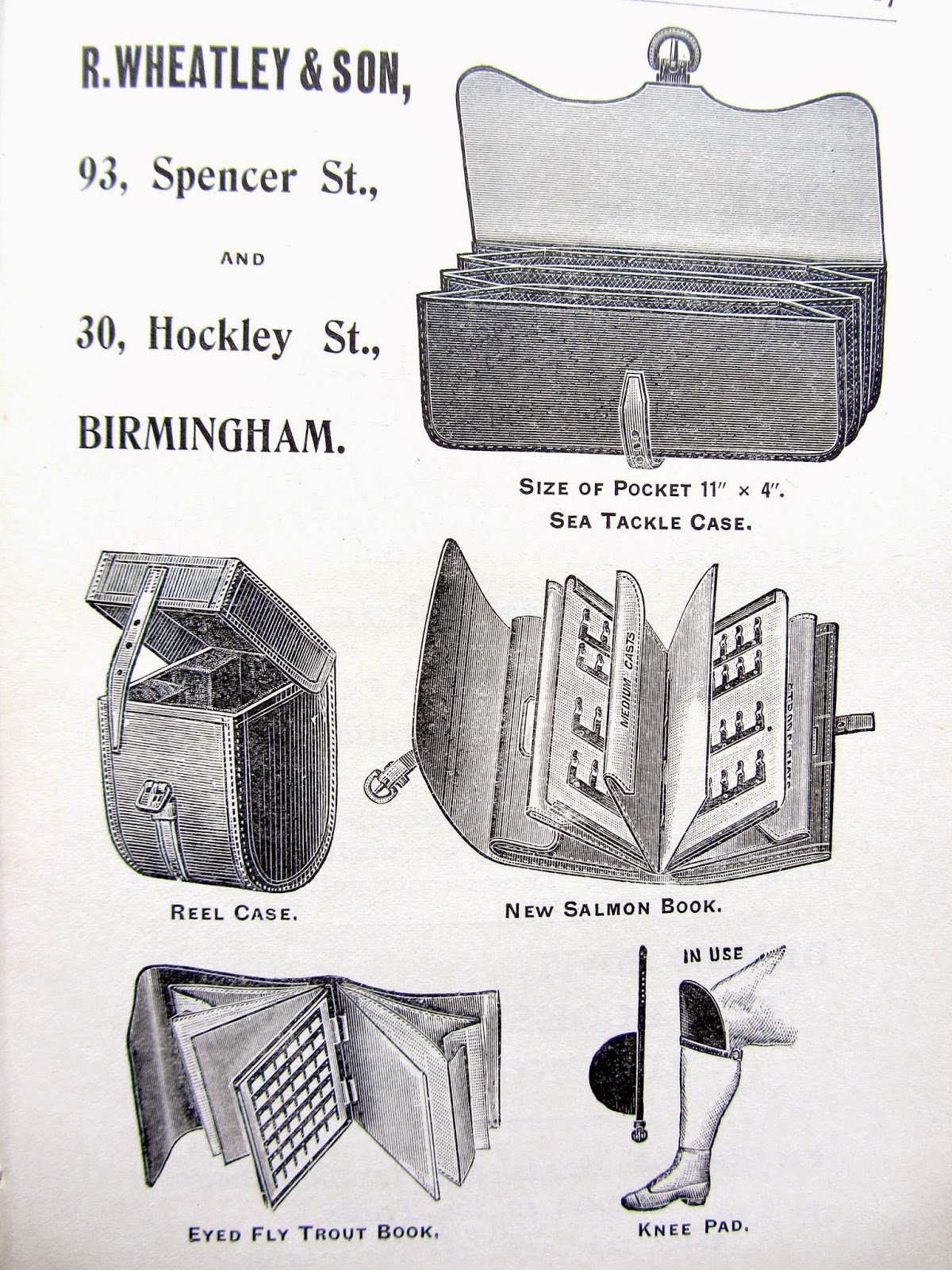