"Your Shrimps Are Too Natural And Should Not Be Allowed"

Once upon a time in Arcadia in the years directly following the end of The Great War a chap called Percy Wadham started making artificial baits from celluloid at his premises at Newport on the Isle of Wight.  Wadham's Specialities were so popular that testimonials flooded in by post and telegraph alike including one which said of Wadham's 'Nature Celluloid Shrimps' - "Your shrimps are too natural and should not be allowed."

Should you be a lady or gentleman abroad on the streets of London in search of old fishing tackle of the quality of Wadham's Specialities you are invited to visit my stall which stands every Thursday at Spitalfields Antiques Market on Commercial Street in the district of London known as E.1. between the hours of 8am and 3pm.  There I sell 'Vintage Fishing Tackle for the Soul' as I have done for over ten years.  You may reach me also on the Field Telephone - Number 07980 274 383.  Thank-you. 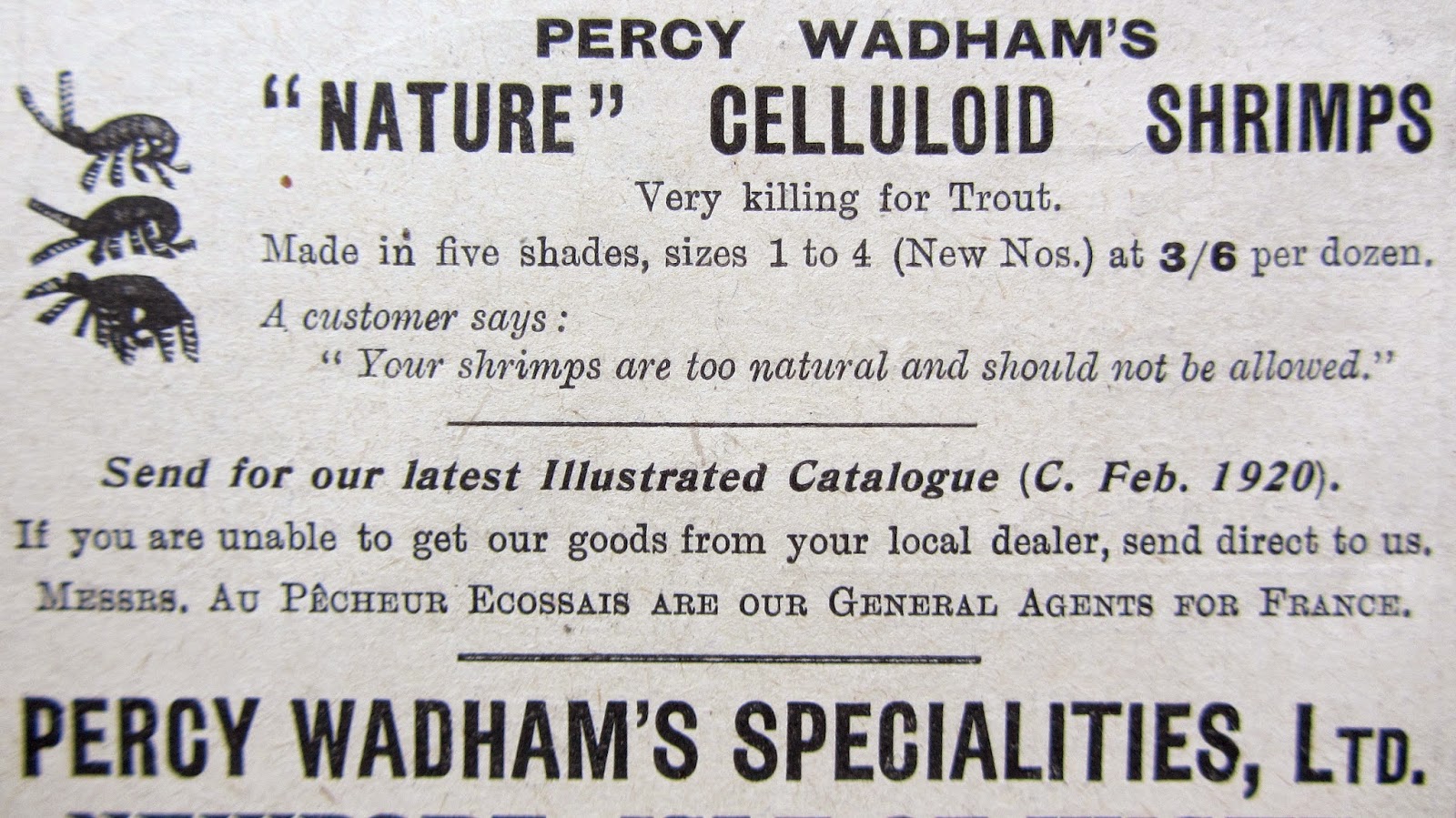