Found by a gentleman called Mr. Frank a migratory sea trout of some 10lbs or more, coming home to spawn.  Stranded in a flood ditch known as Salter's Lode in the region of Arcadia known as Zanderland it was returned to the main river by Mr. Frank http://caughtbytheriver.net/2011/04/richardson-in-zanderland-5/ 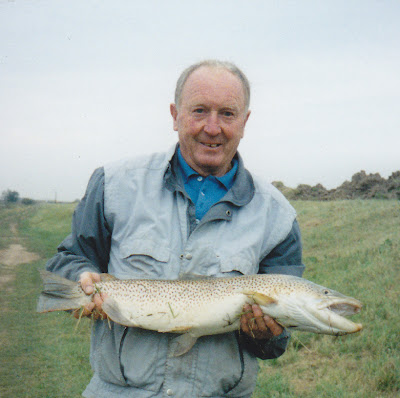