Once upon a time in Arcadia, as long ago as the year of Our Lord and other curses 1871, ladies and gentlemen abroad on the streets of London or indeed abroad on campaign and in need of tackles could reach for the comfort of their Army & Navy Catalogue safe in the knowledge that within its pages could be found not only fishing tackle but everything else that was needed to make life bearable.  Indeed, the Army & Navy Co-operative Society was formed to supply 'articles of domestic consumption and general use to its members at the lowest remunerative rates'

Sadly, the Army & Navy were bought out in 1976 but despair not if you are a lady or gentleman abroad on the streets or indeed on campaign in East London for upon my stall in Spitalfields Antiques Market every Thursday between the hours of 8am and 3 I sell items of Vintage Fishing Tackle for the Soul including some which would have one day have sat on the shelves of Army & Navy in Victoria Street and elsewhere. 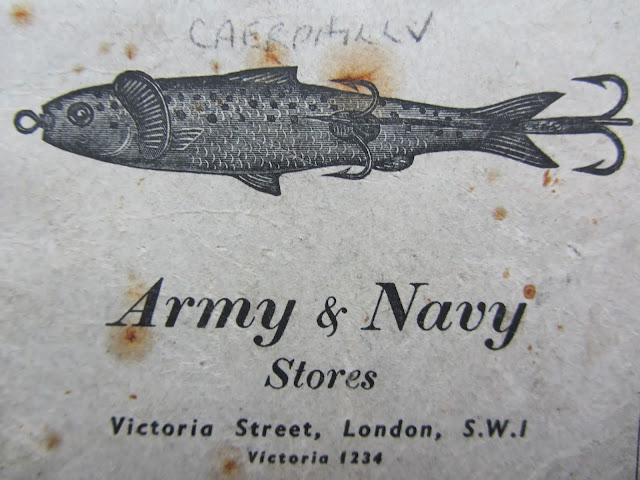 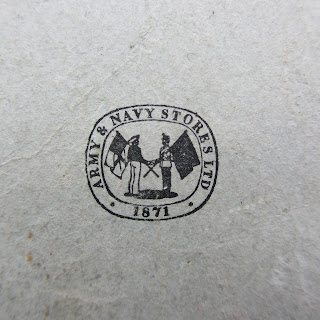