On Saturday August 25th 1951 the Festival of Britain International Angling Contest took place on the River Thames at Reading.  The contest comprised of 600 anglers invited from 48 teams from across Europe ranging from the Derby Railway Institute Angling Club to the German Verband Deutscher Sportfischer e. V.   The prizes for the contest consisted of silver cups for the winning team and runners up and a gold medal for the individual winner and a voucher for fishing tackle from Sowerbutts of Commercial Street London for the individual runner-up.

The contest was a riotous affair preceded by a banquet on the eve of the match in which local singer Kathleen Salisbury led the competitors in a mass rendition of Old Father Thames after which one competitor from Belgium was unable to fish after falling from her dining table whilst dancing.  Although on the day itself there were fewer winners than losers, each competitor received a complimentary tin of biscuits from the town's various and famed biscuit factories, and a bronzed Festival of Britain Medallion.  I obtained the example shown here last week from a fellow dealer in Reading.  There was no provenance with it to say to which competitor it was awarded and it has lost some of its bronzing but it is nonetheless splendid.  The dealer would not tell me what had happened to the accompanying tin of biscuits. 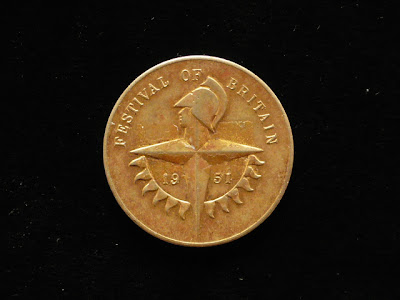 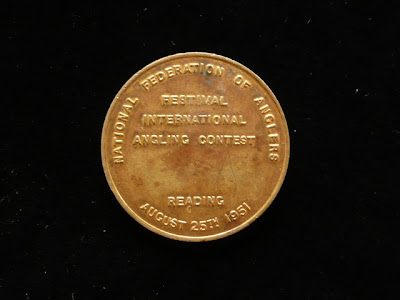 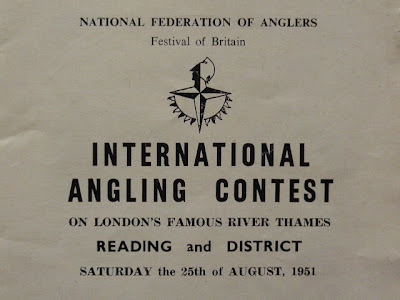 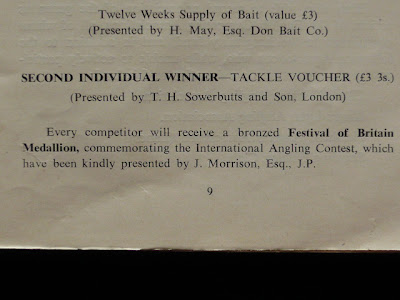 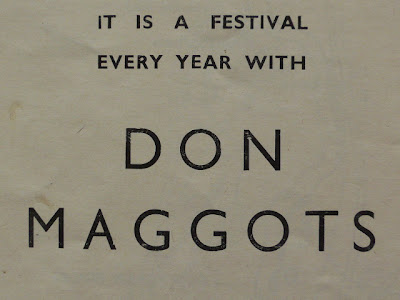 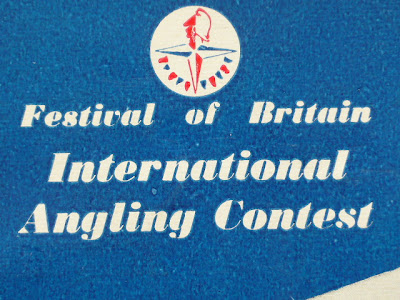