Found at Spitalfields yesterday, the contents of a furtively offered cotton bank bag, a 3" Farlows 'Grenaby' fly reel.  According to the Farlow's catalogue of the time the Grenaby, which dates to the 1930's,  was made at their 'own works'.  It was designed and built in duralumin with brass parts and a steel check.  This example is stamped with a 5 which suggests it may have been made at another workshop other than Farlow's, at Youngs of Redditch or Reuben Heaton's or even possibly by the maker Walter Dingley who used numbering to identify his work, but usually in conjunction with a 'D'.  The reel itself is in good condition with one defect, it has a foot that has seen better days.  But as anyone who is in possession of a foot that has seen better days will tell you, sometimes it is preferable for one's soul and character to accept this without complaint. 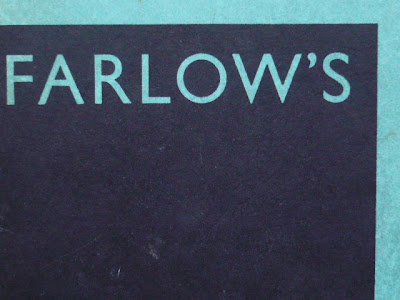 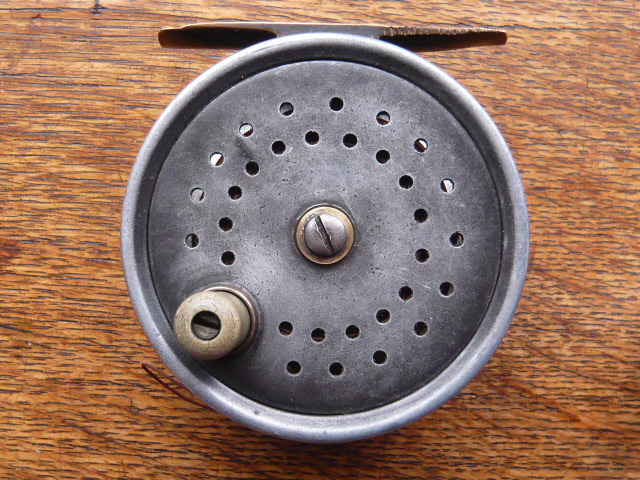 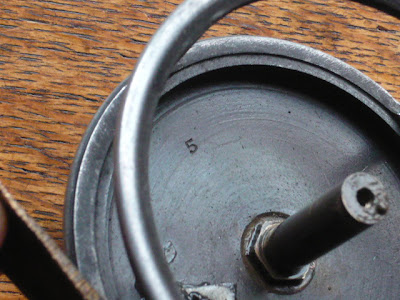 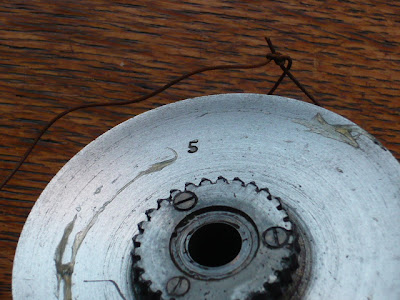 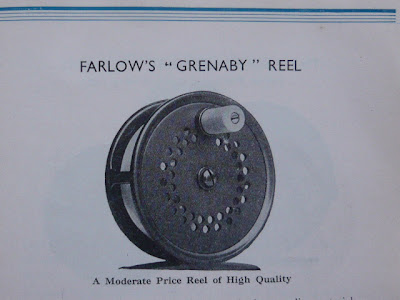 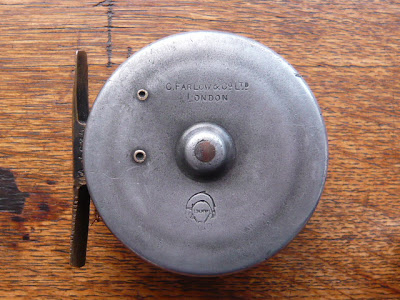 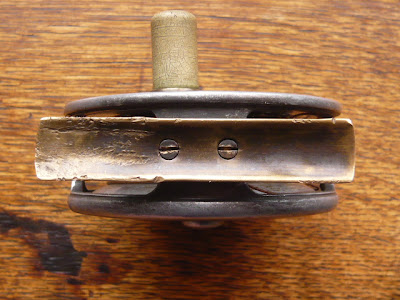