Once upon a time in Arcadia, and most probably on a Thursday, Ogden Smiths opened a branch of their famous fishing tackle shop in the coastal town of Brighton, known by some as London-by-the-Sea.  There, at 24 Duke Street, a warm welcome was guaranteed by Mr. Chivers the shop's manager.  Lady and gentlemen anglers, bored by talk of strikes could take the railway south from Victoria Station, call in at Ogden Smiths and then carry on to the pier where they could eat the regulatory fish and chips, gaze out to sea and discuss their arrangements for getting home again.

Today in the year of Arcadia 2012, ladies and gentlemen still take the railway to Brighton where fish and chips remain popular and although the view from the pier remains largely the same Mr. Chivers is no longer manager of Ogden Smiths as its doors have long since shut.  However, do not despair, for romance is not dead, you may also eat fish and chips in the district of London known as E1, which for future reference, is served by pavements, alleyways, bicycle lanes and even the Underground Railway as well as bus routes threatened by strikes, and visit me at the same time on my stall at Spitalfields Antiques Market where I uphold the memory of Ogden Smiths of Duke Street by selling Vintage Fishing Tackle for the Soul. 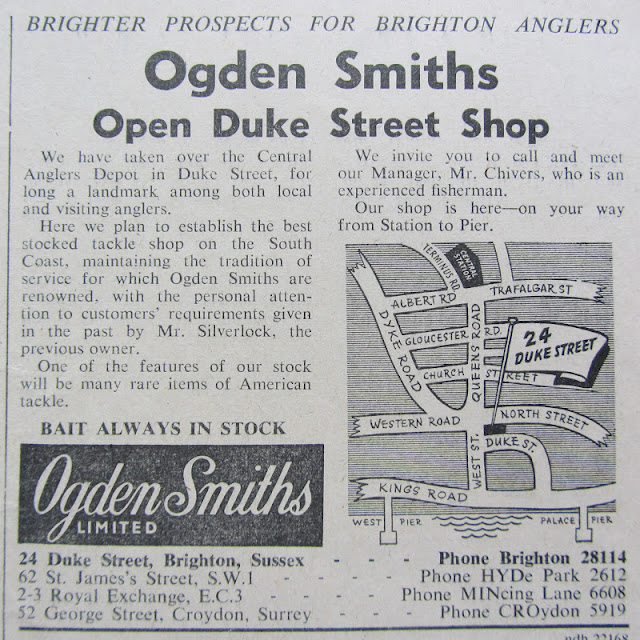 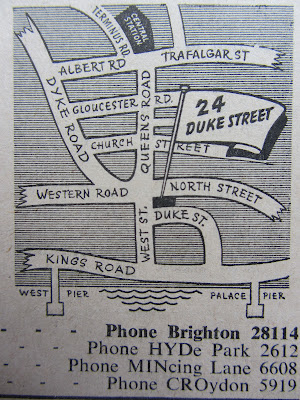