On Friday evening last the Empress and I found ourselves in the district known as E1 for the unveiling over an ale or two of 'The Dioramas of Spitalfields', four models of the East End in the early 20th Century including depictions of Petticoat Lane Market, the entrance to Truman's Brewery and the interior of The Bell Public House which were made by the late artist Howard Karslake.  The models were commissioned by the Brewery in the decade known as the 1970's but had been thought lost until discovered under a blanket in the cellar of The Bell Public House by its landlord Glyn Roberts.  A home was then sought for the models by The Gentle Author of Spitalfields Life and a permanent exhibition space was offered by the library at The Bishopsgate Institute.

The unveiling was a deeply moving affair with touching speeches by the curator of the Library's collection, Stefan Dickers, Karslake's son, Paul, and Mavis Bullwinkle.   As the sound of applause died someone said that they are certain they saw one of the figures behind the glass raise their hat.  If you are coming to visit me at my stall in Spitalfields one Thursday and wish to be spellbound I recommend calling in at the library en route and pausing for a moment to take the Dioramas in.  If you wish to hear The Gentle Author reading from Spitalfields Life and in conversation with me come to The World of Andrews of Arcadia at Port Eliot Festival. 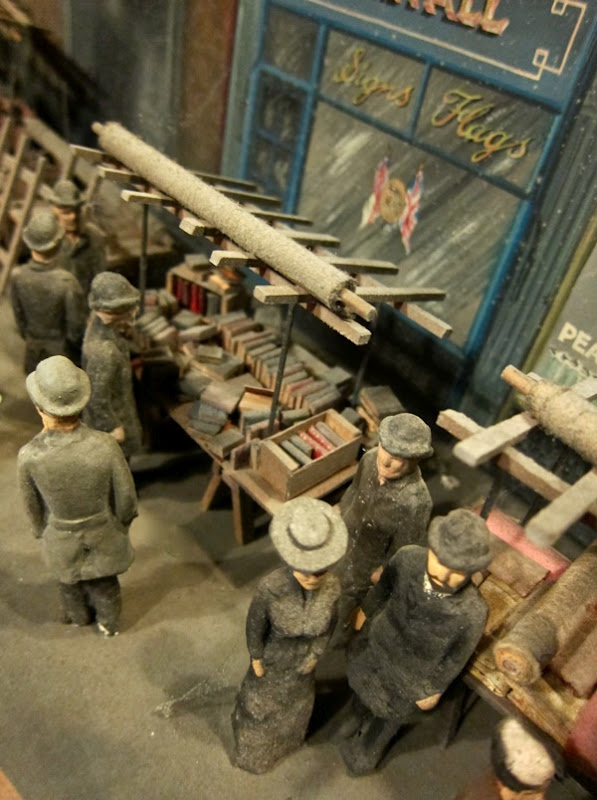 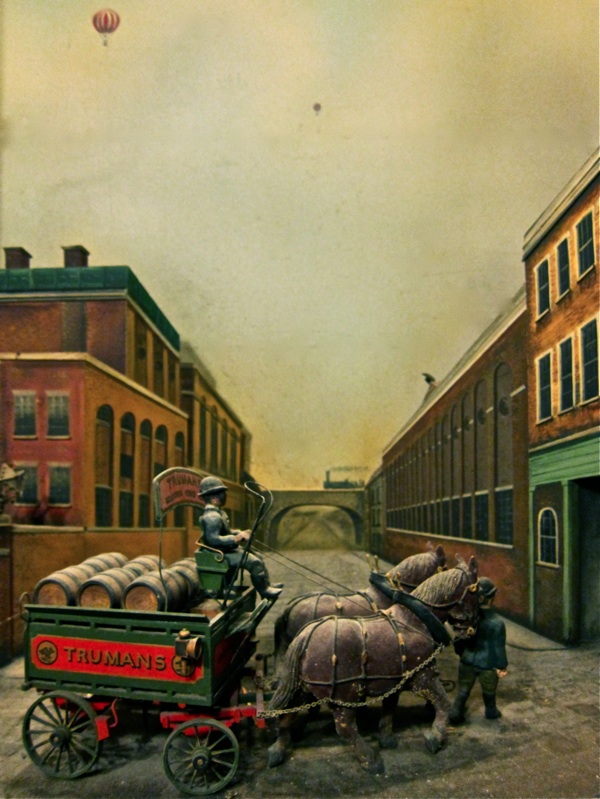