In a week's time on the day of the week known as a Thursday  The World of Andrews of Arcadia will open the canvas door to A White Tent of Words, Archive Slide and Silent Angling Film under the oak tree in the  Caught by the River Field at Port Eliot Festival.  Between now and then, despite an interlude for dealing in Ludlow, it is all hands on deck and never more so than at the residence of Piscator and Fitch, characters captured in paint by Mr. Pete Fowler, who I am honoured to say is Arcadia's Artist-in-Residence during the Festival.  Pete is working on some art surprises which will appear in the small corner of Port Eliot which will be forever Arcadia. 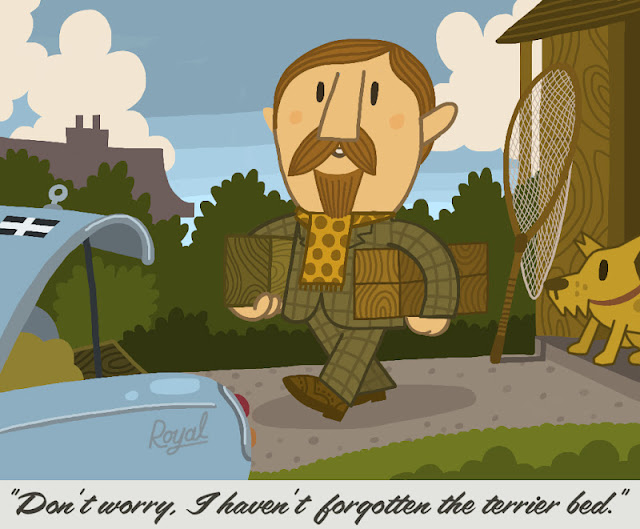