Lost on the Fen on the opening morning of the new coarse fishing season a shoal of tench and one of bream, said to be as long as chains but as elusive as a sighting of a Jack O' Lantern on the marsh.  And so it was that three anglers fishing the new dawn on the French Ditch turned to straw puppets as Bible John made the sun rise by hand in a giant linocut sky.  It was a patchwork morning yielding an eel, some small rudd and perch, a pitiful bit of change for the muggers. After packing up under a midday sun the artist John Richardson finally spoke, 'It's been 27 years since I last caught a tench.  On a Rapidex in Yateley Pits.' 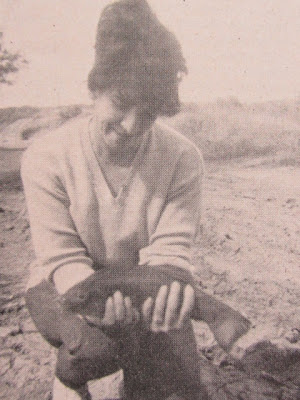