A gloriously riotous day at Spitalfields Market yesterday where amid the tidal wave of new season tea a gentleman artist from the district of London close to the one known as Alexandra Palace brought in a lost tackle box of Jack Clayton Fenland Floats which he bought from Clayton himself in the decade often referred to as the Sixties.  The floats which include some of Clayton's famous names, the 'Straw-Tip', the 'Fenland Wyndjammer' and the 'Stret-Cocker' speak of a time when championship anglers made floats from cork, balsa and crow quill and sold them in their own tackle shops. 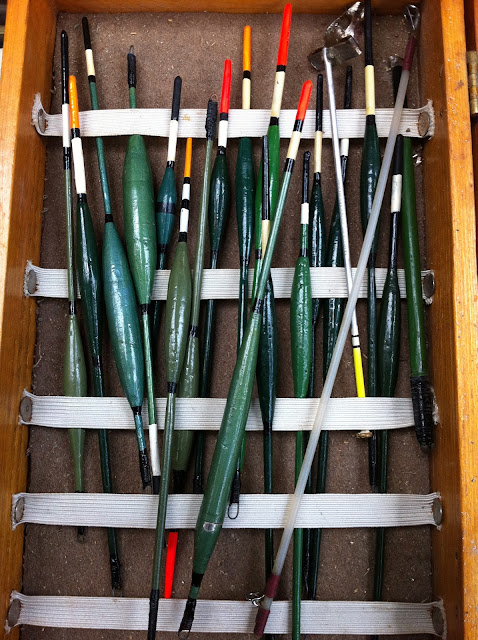 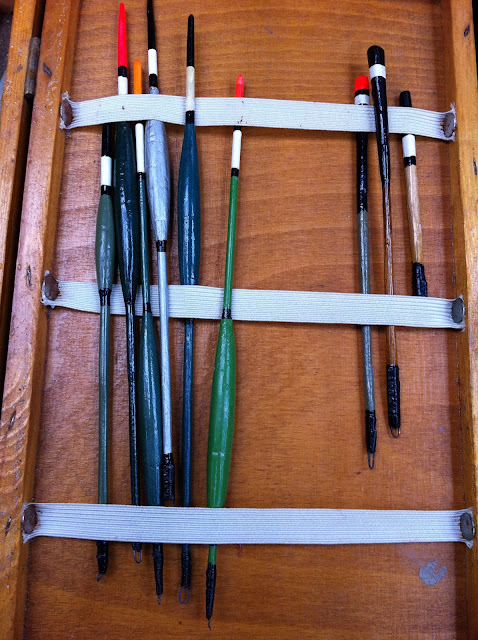