Once upon a time in Arcadia and most notably in the decade known as the 1970's anglers were able to buy items of fishing tackle from their nearest Woolworths, an institution that could be found in what are now sites of historical interest known as British High Streets.  The death of Woolworths a few years ago brought about mourning on a scale not seen since the H.P Factory was closed down in Birmingham and Heinz moved all production of the sauce to Holland.

In Arcadia there are many who are still in official mourning for Woolworths and who are dedicated buyers of the brand of fishing tackle that the shop produced called Winfield.  Indeed so popular is the cult of Woolworths that I know of two full-scale replica shops that are being built in sheds and garages within the M25 Motorway by citizens of Arcadia known as enthusiasts.  They often visit my stall in Spitalfields Antiques Market as you are welcome to do also, where on a Thursday I sell Winfield and other lost brands of Vintage Fishing Tackle for the Soul. 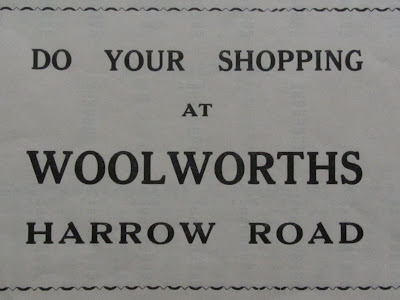